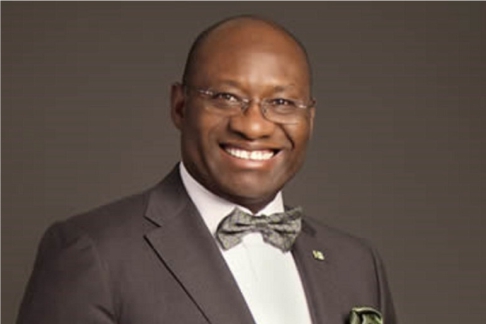 Ifie Sekibo is a Nigerian entrepreneur and banker who has grown in his career and runs Heritage Bank Plc as Managing Director and Chief Executive Officer. This article looks into his biography highlighting his background, education, career journey, and personal life details.

He has a background in Finance obtaining his degree in accountancy from the University of Science & Technology, Port Harcourt. In 2002 became a fellow of the Institute of Chartered Accountants of Nigeria. Ifie Sekibo attended Harvard Business School OPM Class between 2006 and 2009.

He has spent more than twenty years professionally in the banking, insurance, and energy sectors. Ifie has also developed expertise and years of experience in management and leadership management positions.

He served in the International Energy Insurance as the Executive Vice Chairman and in 2003 acquired the Global Assurance Company Limited from the National Insurance Commission. Ifie led the company into becoming a reputable insurance company that would be listed on the Nigerian Stock Exchange. After his role as  Executive Vice Chairman, Ifie became Heritage Banking Company Limited’s first Chief Executive Officer and Managing Director. He is a member of bodies such as the Institute of Directors, London’s Institute of Petroleum, the Chartered Institute of Bankers of Nigeria, and the Nigeria Institute of Management.

With a successful career in the industry, he has received several awards and recognitions individually and for the Heritage Bank Plc. These include 2014’s Goal Attainment Made Easy (GAME) Man Making a Difference, and 2016’s Leadership Clinic GOTNI, Leader of the Year Award.

This is among Nigeria’s leading commercial banks that was initially the Societe Generale Bank of Nigeria (SGBN) founded in the 1970s by the late Dr. Olusola Saraki. It was shut down in 2006 by the Central Bank of Nigeria as it then did not meet the minimum national bank capital requirements. This was challenged in 2009 and in 2012 the bank was relicensed with a regional authorization.

In 2013, it began operating as Heritage Banking Company Ltd based in Lagos and underwent rebranding and ownership change. Its services include corporate, internet, investment, and retail banking. Currently, it has 127 branches, 202 automated banking centers, and 350 ATMs across Nigeria. It has won awards such as Agriculture Bank of the Year at Nigeria Agriculture Awards (NAA) 2018 and Best SME Bank in Nigeria by Capital Finance International (CFI) 2018.

The entrepreneur shares some of his lessons from running operations in the business saying that failure builds character and that it teaches in a way that success cannot. He adds that it shapes and makes one more resilient believing that with the right attitude towards failure, people can move closer to success.