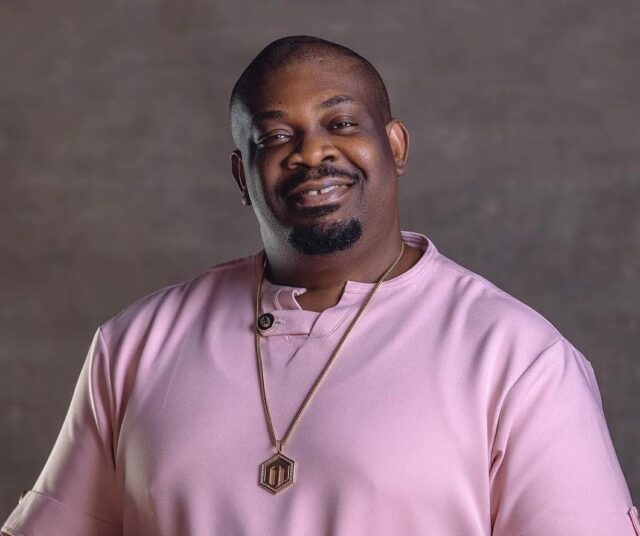 Nigerian music has evolved over the years. From the time 2baba’s ‘African Queen’ was the African anthem, Nigerian music has ruled the continent. Recently, we have witnessed songs like ‘Peru’ by Fireboy and ‘Love Nwantiti’ gaining fame all over the globe. Behind all these great artists, are the producers who oversee most of the production work. Here is a list of the best music producers in Nigeria;

You have probably heard “Sarz on the Beat” or “Really” in many Nigerian songs. Born as Osabuohien Osaretin, Sarz is among the most sought Nigerian music producers. He has gained himself quite a name and is highly ranked in the country. He has been nominated as the “Best music producer” on multiple occasions.

He has worked with artists such as Wizkid, 2Face Idibia, Burna Boy, and Reminisce among others. Some of his produced songs include; ‘Mukulu’ by Skales, ‘Ego Nobody wins’, and ‘Mad’, to mention a few.

Michale Collins Ajereh, famous as Don Jazzy, is a Nigerian Record Producer, Brand Ambassador, Audio Engineer, record executive, singer, and comedian. He is one of the most expensive and yet very much sort in Nigeria.

He has produced songs such as ‘Dorobucci’, ‘Godwin’ by Korede Bello, ‘Sugar Baby’ by Rekaado Banks, and ‘Oliver Twist’ by DBanj among others.

Born as Sunday Ginikachukwu Nweke, Masterkraft is a Nigerian record producer, Disc Jockey, Band Director, Pianist, and Songwriter. He has worked with artists such as Flavor, Timaya, Banky W, Bracket, Timaya, M.I, and J Martins among others.

Read: Best Music Producers in Kenya and their Major Projects

Some of his production work includes; ‘Fine Lady’ by Lynxxx featuring Wizkid, ‘Jasi’ by Banky W, and ‘Girl’ by Bracket.

Spellz, also known as Benjamin Obaze, is a Nigerian Music producer that rose to fame in 2009 after producing the major hit “Champion” by General Phype. He has since produced hit songs like ‘Keys to the city’ by Tiwa Savage, ‘My Dear’ by Dammy Krane, and ‘How Long’ by Davido among others.

He has worked with artists such as Tiwa Savage, Burna Boy, Banky W, Davido, Chaddy K, and D’Prince among others.

Leriq, whose real name is Eric Isaac Utere is one of the most sought Nigerian Producers. He has worked with artists such as Wande Coal, Chidinma, and Burna Boy. He rose to fame after producing hit songs with Wizkid.

Udoka Chigozie Oku, famous as Selebobo is a Nigerian singer, songwriter, and music producer. He is known for his famous singles, ‘Yoyo’, ‘Selfie’, and ‘Waka waka’. He has also worked with artists such as Yemi Alade, Tekno, Flavor, and J Martins to produce hit songs.

Pheelz has worked with artists such as Tiwa Savage, Seyi Shay, Runtown, and Olomide to produce hit songs. His real name is Philip Kayode Moses and he is also a singer and songwriter apart from being a music producer. He recently released ‘Finesse’ featuring BUJU, which became an instant hit song.

The producer has produced songs such as ‘Durosoke’ by Olamide, which made him nominated as the ‘Producer of the Year’ at the 2013 Headies.

Nifu Haruna, famous as WizzyPro is a Nigerian record producer and sound engineer. He rose to fame after producing “Emergency” by Runtown. He has also worked with artists like Patoranking and Faze among others.

Popular as Tekno, Augustine Miles Tenechi is a famous Nigerian artist and music producer. He has produced songs such as Davido’s ‘If’, ‘Bum bum’ by Diamond Platnumz featuring Iyanya, and ‘Catch you’ by Flavor among others. He has also produced some of his songs like ‘Rara’.

37-year-old Oluwaseyi Akerele, famous as Shizzi is among the best Nigerian music producers and songwriters. He has worked with artists such as Wizkid and Davido among others. He produced Davido’s famous song ‘Skelewu’.

Udoma Peter Kelvin Amba is a famous Nigerian music producer, Singer, and Songwriter. He produced and co-wrote the Grammy-nominated album ‘African Giant’ in 2019. He has worked with artists like Burna Boy and has helped produce most of his famous hits. You have probably heard the words, “Its Kel P vibes” in some of Burna Boy’s songs.