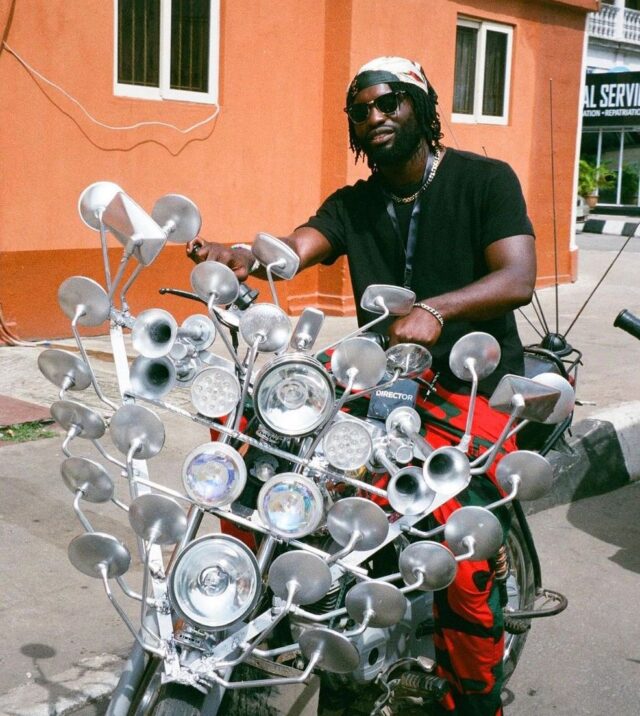 Clarence Abioudun Peters is a Nigerian music video director, filmmaker, and cinematographer. He is the founder and CEO of a production company that focuses mainly on performing arts, film, and video called Capital Dream Pictures.

He has worked with artists like Chidinma, Wizkid, Tiwa Savage, Don Jazzy, Kel, and Naeto C among others.  He has also won multiple awards including ‘Best Music Video Director’ at the City People Entertainment Awards. Some of the songs he worked on include; ‘Kedike’ by Chidinma, ‘Alingo’ by P Square, and ‘Eminado’ by Tiwa Savage featuring Don Jazzy, to mention a few.

Born as ThankGod Omori Jesam, TG Omori is a cinematographer and one of the best music video directors in Nigeria. He has been nominated for and won multiple awards including the ‘Best Music Video Director of the year’ at the AFRIMMA awards.

The award-winning director has worked with artists such as Burna Boy, Tekno, Fireboy DML, Falz, Kiss Daniel, Timaya, and Naira Marley among others. Some of the songs he has worked on include; ‘Love Nwantiti (North African remix)’, ‘Vibration’ by Fireboy DML, and ‘Agege’ by Tekno featuring Zlatan Ibile, among others.

Meji Alabi is a London-born Nigerian filmmaker, director, photographer, and producer. He has been nominated and won multiple awards. He has worked with artists like Beyonce, Davido, Burna Boy, Tiwa Savage, Nasty C, Koffee, Wizkid, and PopKaan among others.

Some of the songs he has worked on include; ‘Fever’ by Wizkid, ‘On the low’ by Burna Boy, ‘Risky’ by Davido featuring Popkaan, and ‘Property’ by Mr Eazi, to mention a few.

Kemi Adetiba is a Nigerian filmmaker, television director, and music video director. He has worked with artists such Banky W, Olamide, Tiwa Savage, Ego, TY Bello, and Niyola among others. Some of the songs he has worked on include; ‘I believe’ by Ego, ‘Follow you go’ by Banky W, and ‘Tease me/ Bad Guys’ by Wizkid.

Oladapo Fagbenle, famous as Daps is a Nigerian-born British artist, video director, and former NCAA athlete. He has worked with artists such as Iggy Azalea, Kendrick Lamar, Wizkid, 2 Chainz, Stormzy, Migos, and Davido. Some of the songs he has worked on include; ‘Black Widow’ by Iggy Azalea and Rita Ora, ‘T-shirt’ by Migos, and ‘Fall’ by Davido among others.