Kajala Frida Masanja is among one of the most famous personalities in the Tanzanian movie and film industry. She is currently the center of all gossip in bongo, revolving around Rayvanny, Hamisa and Harmonize.

Kajala is 38 years as of the year 2021. She was born in the month of July and celebrates her birthday on 22nd July each year.

Matters to do with her education background are not yet out in the public domain. This article will be updated once the information is available. In the year 2016, Kajala won the East African Television award in the best TV personality category.

She has made several appearances in several movies. Kajala appeared in the 2012 film titled Kijiji Cha Tambua Haki alongside the late Steven Kanumba. She also made an appearance in Basilisa in the year 2011 and Jeraha la Moyo in the year 2012. Other films that she has featured in include;

Kajala Masanja Boyfriend and Child, is she dating Harmonize?

Kajala had married to Faraji Chambo, a former banker whom they later parted ways. Various photos have however surfaced on social media showing Kajala and Kondeboy (Harmonize) having a good time.

Some photos that were posted on Harmonize and Kajala’s Instagram profile were captioned as follows; Welcome to the United States of Kondegang’. 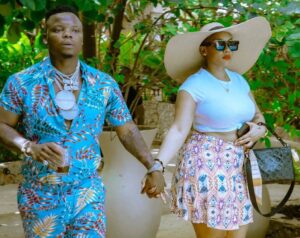 This has made the netizens join the dots so quickly that the two could be having an affair. Could they be striking a business deal or chasing clouts? Kajala has a daughter by the name Paula Kajala who is turning 19 years in the year 2021. Paula’s biological father is Tanzanian music producer Paul Matthysse alias P Funk Majani.

Several years ago, the Kenyan local daily reported that Kajala and Wema Sepetu are no longer friends that they used to be. The cause of their disagreement is still under wraps.

Her estimated net worth as of the year 2021 is USD $300,000. She gets most of her income from brand deals on her social media pages and film industry. Currently, Kajala has a huge following on Instagram.