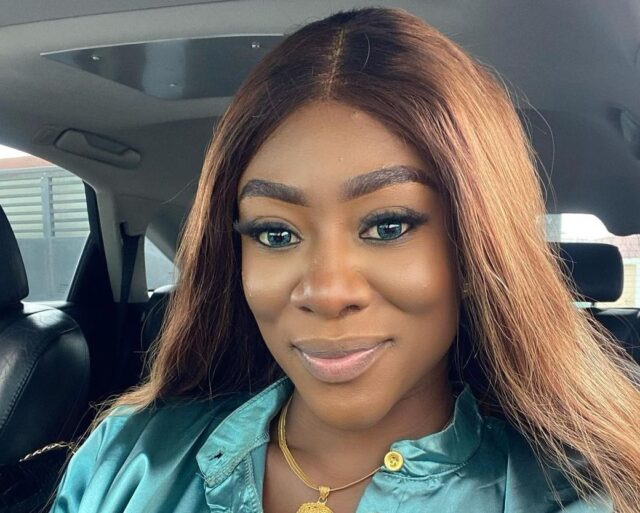 Lucy Ameh is an award-winning Nigerian actress as well as a producer. She is widely known for acting in Annie in 2020, Queen Amina on Netflix, and in Kofa and Amina in the year 2021.

Lucy was born on June 12, 1980, in Kaduna State Nigeria. She is currently 41 years old. She also grew up in the same place. However, Lucy Ameh’s roots are in Opukwu LGA, situated in Benue State.

She went to NTA TV College in Jos, which is an affiliate of Amadu Bello University in Zaria to pursue a Bachelor’s degree course in Mass Communication. She then went to the University of Jos in Plateau State where she pursued a Diploma in Law.

Lucy Ameh started acting straight after high school during the period when she was awaiting university admission. She got her inspiration to act when she found out that it was humans who were inside the BOX TV. At the time, she had no idea how to get there but she stayed uber determined.

At the time, she was in Kaduna and her mother registered her for a 3-month training in acting. After the training, Lucy joined the Actors’ Guild of Nigeria under Kaduna Chapter. This saw her featuring in a few productions.

She started acting professionally during her second year of campus. At one point, she went to Lagos for a Youths Service Corps and never went back to the north since she loved the experience.

Since 2007, Lucy has been featured in a number of movies. These include Tinsel, Ajoche, Living in Bondage, Swapped, Beauty and the Beast, and Netflix’s Queen Amina which she plays the main character.

Lucy has also been part of a Nigerian/Ghanaian reality TV show dubbed Next Movie Star where she made it to the house.

Details about Lucy’s relationship are not known at the moment. She also has no known children. We will share these with you once we lay our hands on them.