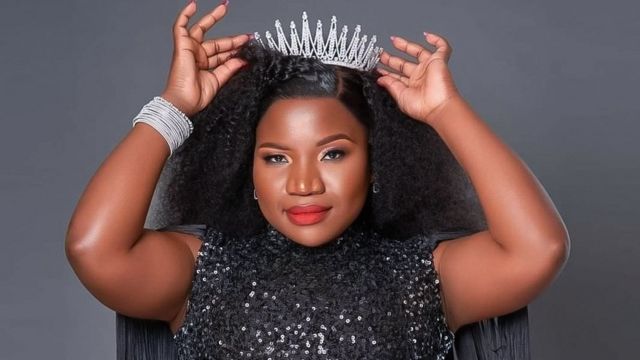 Makhadzi is a recording and performing artist from South Africa whose music career has been on an upward trajectory thanks to consistency and commitment to bettering her craft on a daily basis. This coupled with strategic approaches has placed Makhadzi on the top South African artist lists and awards to go with it. This article explores the hitmaker’s biography highlighting her background, education, career journey, and personal life details.

Makhadzi Age and Place of Birth

She was born Ndivhudzannyi Ralivhona in Ha-Mashamba, Limpopo on 20th June 1995. As a younger girl, she was into music, always taking part in musical productions in school and church where she nurtured her talent. She grew up with two siblings under the care of their parents until their separation which would lead to Makhadzi and her siblings living with their mother.

She attended Mukula Integrated School and would then go on to study Public Relations. This was not the end as she enrolled in Drama school.

As an early creative soul, she began performing when she was twelve years old and people would give her some money in appreciation and support of her talent.

In her adulthood, she worked with Master KG on Tshikwama in 2019 on the Jerusalema album that would receive global acclaim. In 2020, she had her major breakthrough the Kokovha album which became a sensation among South African listeners. The album ranked number one of the SA iTunes albums charts with songs such as Kokovha, Tshikwama, Mphemphe, and Amadoda being the most appreciated and streamed tracks. The album’s success can also be attributed to the quality collaborations she engaged on the album including Sho Madjozi, Moonchild Sanelly, Jah Prayzah, Mr. Brown, Prince Benza, Team Mosha, Mayten, Gigi Lamayne, Charma Girl, and Mampintsha.

2021 was another successful year for Makhadzi who released her album titled African Queen in September which went on to be gold-plaque certified by Apple Music. Some of the album tracks included Ghanama, Mjolo, and Tchukutsha. Once again, a great choice of features contributed to the album’s success.

Makhadzi has been signed to Open Mic Productions which has been a key factor in promoting her music to attaining accolades and awards. In 2017, she won the LMAC Award for Best Tshivenda hit, and in 2021 won the AFRIMA Award for Best Artist, Duo or Group afrima 2021. Moreover, GQ named her Entertainer of the Year. Her remarkable success at 26 years old has seen her release four albums; Shumela Venda in 2018, Matorokisi in 2019, Kokovha in 2020, and African Queen in 2021.

She dated Master KG for two years before the two called it quits on unidentified grounds.

Makhadzi Net Worth and Property