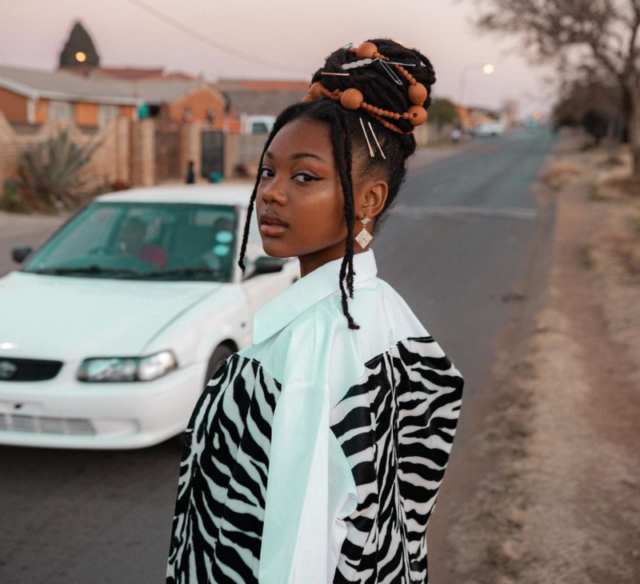 Lerai Rakoditsoe is a shining star and trailblazing youngster from South Africa. Her commitment to empowerment and making a change in society has made her a person of public interest. This article looks into her biography highlighting her background, career journey, and personal life details.

She was born in Bassonia, south of Johannesburg in 2003 and was raised in a story-telling family. She thus grew up telling stories and defines herself as a storyteller.

Details on her academic background are however unavailable to the public.

At the age of five, her parents had already taken her into modeling and she appeared in a number of commercials. She then took up drama classes at the age of nine and took up a 6-year training in drama making her a professional at the age of fifteen. Lerai took part in local and national drama competitions, modeling, and presenting all along securing several awards on the path. She is the co-producer and past presenter of Sports Scene Culture Conservations.

In 2021, Lerai was named as the first African to host a Nickelodeon show, the show titled NickMusic is a family-friendly music show that is fit for the entire family. The show premiered on 17th May 2021 and highlighted African music and more from around the world.

In response to the news, Lerai said, “I am excited to be part of the Nickelodeon Africa family and to be the first young African host for the channel. Having grown up watching the channel myself, I know how important it is for young minds to see someone like themselves on screen. Authentic representation is really important and to see myself on the channel is mind-blowing. I’m extremely grateful and looking forward to interacting with viewers across Africa and to show off some of my NickMusic moves.” Nickelodeon on their end, had this to say, “In our commitment to always celebrate and recognize the power of youth culture across Africa, we welcome Lerai to the Nickelodeon Africa family and encourage kids and parents to put on their dancing shoes and get ready for NickMusic.”

Apart from this, Lerai is the executive of Girl Up Johannesburg which is a United Nations Foundation hosted leadership development organization. Girl Up is an initiative to bring together girls from around the world in reaching towards gender equality. Some of the projects the organization has been able to partake in include the 1000 Girls Campaign, The Unfiltered Youth, and a collaborative one with #BoysForAction. Her commitment to these impactful initiatives are a personal passion as she says, “I aspire to be a strong female voice in Africa who addresses issues amongst the youth, as well as working towards the empowerment of women.”

After a successful first season of the web series titled Sportscene’s Culture Conversations powered by Reebok, she was brought back for season 2 as a co-producer and host. It is similarly an impactful project that brings together the youth in addressing problems in society and seeks to stir its audience into supporting causes and contributing to making a difference in society.

Another of her ventures is an accretive arts company she founded named African Talent Unearthed that creates a convergence point foie African talent and global opportunity while simultaneously building their entrepreneurial skills.

With her audience, Lerai has worked with big brands such as Fila where she ran a SS19 Window Campaign meant to inform the people on Fila’s ethos, connect with the audience, and of course, showcase their products.

She keeps her personal life away from the public light and instead uses her platforms to promote social change and drive real impact where needed around the world.