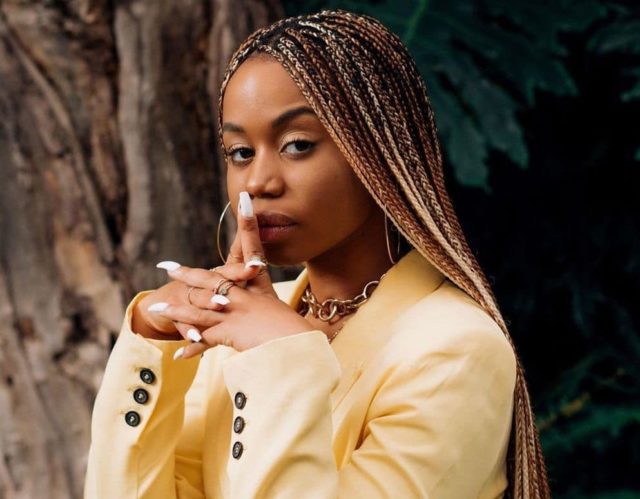 Mapimbiro Charmaine famously known as Sha Sha is a renowned amapiano songwriter, performing artiste and musician. She comes from Mutare in Zimbabwe.

Sha Sha’s family separated when she was borne. She hardly saw her father and mother. She grew up under care of her grandmother and later joined her aunts for a stay.

“I’m originally from Zimbabwe and was born in a small town called Mutare. It’s a very beautiful, lush green and mountainous area.

“I lived there most of my life but I moved around and lived in various places around southern Africa.” She said.

Sha Sha fully realized her career in 2017. She grew up dreaming to be a nurse but later discovered her best career- music. Sha Sha narrated in one of the media houses that she joined a choir, discovered that she could sing and began taking piano lessons sometimes back when she used to stay at her grandmother’s place.

She lived without knowing that her music could reach far until one day when her friends took her music to a Zimbabwe’s radio stations. She later met Audius Mtawarira – a popular producer who was of great benefit to her in achieving her dreams.

The producer sharpened her songwriting skills. Mtawarira then became her full-time mentor and fully crafted her music career.

Adius made connections for her to Brain Soko. Brain Soko assisted them to find connections with some master producers in South Africa. While in south Africa, Sha Sha worked with several rappers and producers such as Priddy Ugly and Rouge which made her feature on the albums.

Sha Sha was later introduced to DJ Maphorisa who helped her to meet and collaborate with Mlindo.

“It is a chance for people to get to know and finally see me. Even though it took over a year to drop, it came together really well.

“When I finally decided to put it together, I recorded it at DJ Maphorisa’s studio where I met Kabza De Small and Samthing Soweto. They are both featured. Blossom comes from a warm place of love.” she added.

She has been in the music industry for a while now. So far, she has one big album known as “Blossom”. Sha Sha is currently working on more music albums.

Sha Sha is secretive on matters personal life. She has not yet declared her lucky man though on her social media handles, she posted a suggesting photo of her with a man who she captioned with a flower. Many fans commented on the post posing questions to know whether the guy was the lucky man.

During an interview in a south African radio station, she said that she prefers watching movies during nights when she has nothing to do.

Her net worth as of the year 2020 is approximately over $ 500,000. She gets most of her revenues in concerts, stage performances and brand endorsements.