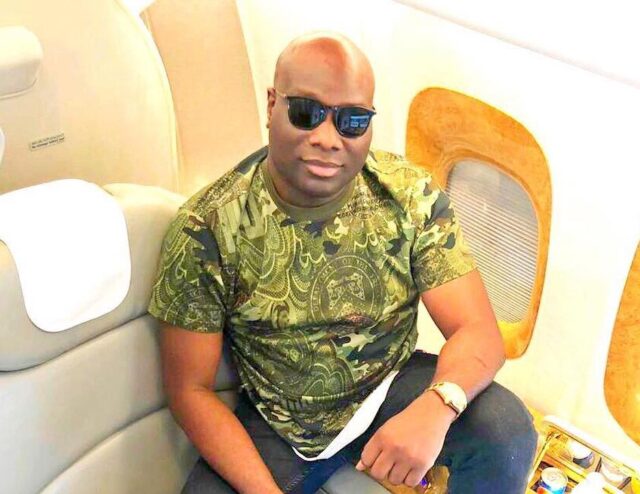 The man, the myth and the legend that is Mompha is one affluent Nigerian who is known to own exotic cars and hang around renowned people both in Nigeria and internationally.

Ismail Mustapha, popularly known and Mompha, is a Nigerian citizen who was born in June 16th, 1979. He is 40 years old as of the year 2021. The billionaire and business mogul who was born in Kaduna state is based in Dubai where he lives with his Muslim wife and two children.

His social media presence precedes him and his king-like lifestyle. Although the source of his insurmountable wealth is questionable, he made most of it by starting the company Bureau De Exchange, based in Nigeria.

Mompha is known for his very high end luxurious possessions from custom made cars to watches and simple things like flip flops. He is particularly known for his strong liking of designer made materials. He handpicks pricey items from designers such as Gucci, Christian Dior, Rolex amongst others. He owns the priciest cars from the Chevrolet Tahoe costing up to $213000 to the Rolls Royce 2018 Wraith costing $330000 and of which he was the first African to own. What made the latter purchase unique was the fact that there were only 50 like those ones made!

The renowned billionaire who regularly posts about his ventures and latest purchases on Instagram is known to go big on family vacations. Some of the places he constantly visits include Maldives, Paris and Belgium. The hotels he visits cost over $1000 per night. Duly dubbing himself the “Sky man”, he has taken it upon himself to make traveling his pass time activity.

To that end, he is rumored to own a private plane and was seen once traveling on a first class private suite. The ticket which was one from Emirates A380 is estimated to have costed around $14000.

The don makes sure that his wife and children are well catered for in terms of their well-being like the generous family man that he is. He got his son a house and a Rolex watch with diamonds on it for his sixth birthday. While it may look flashy and unnecessary, it is pretty usual for a man of his stature who spends millions on basic things like shoes and designer accessories.

Mompha’s empire was recently plagued by scandal after wealth audit showed that he was involved in illegal businesses, some of which were unregistered. The suspicion on his wealth turned out right as he was found to be engaging in money laundering schemes. The case was ongoing as recent as January 22nd, 2021 when an amendment was brought by the court.

Mompha Net Worth and Source of Wealth 2021

Memphis net worth is said to be around $50 million. He has amassed a lot of assets over the years and through his company’s business.