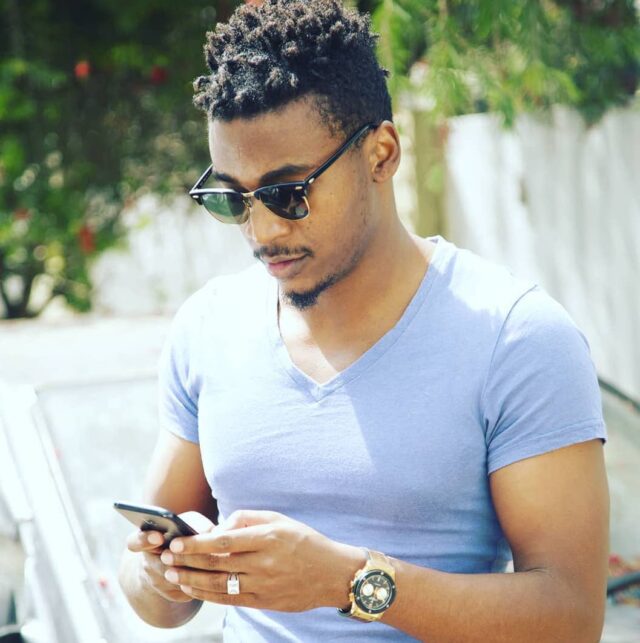 Mr Puaz is Officially known as Joel Vincent Joseph. He is the well-known Tanzanian Talent Manager and in this article, we are looking into his life and background information. Gaining fame from his work managing Tanzanian star Harmonize in the WCB Wasafi record label, he has grown to be a character worth the study.

Mr. Puaz is 36 years old of of the year 2021. He was born on 31st March, 1985 in Tanzania. He grew up in humble conditions and worked his way up to the top earning his own decent living.

Joel Joseph attended Maisaka Primary School, Bahati Day and then to Marangu Secondary School in 2005. The visibly education-focused Mr. Puaz went on to enroll for his first International Diploma in Computer Engineering in 2007 at the New Horizon’s Institute of Technology.

He holds certification in and not limited to Digital Marketing, Branding, Social Media, Business Management and Music Business Management. He has clearly invested heavily in management studies that have developed a strong foundation and performance in his role as a professional Talent Manager.

He began his career with a crystal-clear interest in the arts with first being a dancer then went into practicing music. As a musician, he was able to release two songs though his career did not pick up.

In 2016, he had his managerial debut managing Tanzanian hip hop artist Shetta. From then on he snowballed in the managerial act which he proved to be quite good at. In 2018 he signed with the Wasafi record label where he managed star, Harmonize for a while before he quit following unacceptable work conditions as he said.

He has been able to organize and plan out effective moves to bolster stars into stardom including the stunning Vanessa Mdee, Christian Bella, Ibraah, Ben Pol among many more. Mr. Puaz is also a practicing freelance journalist.

In 2015, the talent manager was awarded The Most Promising Act at the Tanzanian Vibe Magazine Awards.

In 2019, he was awarded The Most Supportive Man of the Year at the Starqt Awards in South Africa.

In the same year, 2019, he was also nominated for Best African Talent Manager in the Africa Entertainment Awards in The United States of America.

The talent manager has plans to start and launch the Mr Puaz foundation soon.

The Talent Manager is currently seeing Jesca Wilfredy Macha, an entrepreneur, businesswoman and a brand ambassador. More information about the family are not yet in the public domain.

Mr. Puaz  Net worth And Assets

The Talent Manager’s net worth has not been determined as at the publication of this article though he is generally doing well financially. He is an author as well having released a digital book in 2018 entitled, ‘Become Rich with Your Music’.