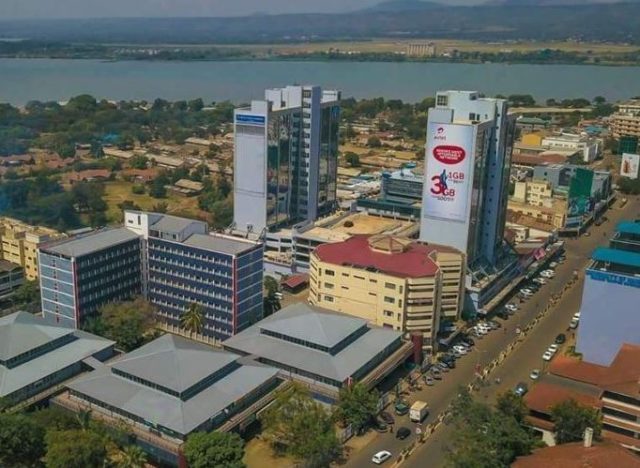 Kisumu is one of the four cities in Kenya. It is located in the former Nyanza province of Kenya, towards the western side, about 360 kilometers by road and 264 kilometers by air from Kenya’s capital; Nairobi. Kisumu is commonly known for fish production and consumption, thanks to its proximity to Lake Victoria. Kisumu also happens to have hosted the first air flight in East and Central Africa.

The city is fast growing, mostly as a metropolitan. However, unemployment rates are high, forcing some of the youth to resort to absurd habits such as pick-pocketing, prostitution and truancy. Below are 10 of the safest places to live in Kisumu:

This is the rich people of Kisumu’s haven, where affluent people call home. The leafy, breezy and quiet neighborhood is a stone-throw distance from Lake Victoria, giving the inhabitants that heavenly breeze backed by beautiful sunrises and sunsets. The area has flats, apartments and bungalows that are secured, thanks to the 24-hour security offered by electric security backed by gatemen and watchmen.

Judging by the name, this estate is located right next to the Kisumu International Airport. The area is well lit with streetlights and is easily accessible via the Busia road. One can also catch a glimpse of Lake Victoria from Airport Estate. Burglary cases are almost nonexistent, making it one of the safest places to live in Kisumu.

This estate was named after the former president of the United States of America, Barack Obama, who has roots from Nyanza province. It is a middle-class estate that is fairly safe to live in.

This is a middle-class estate in Kisumu city. Its housing rates are quite affordable to many. The area has very low rates of cases such as pick-pocketing, burglary and protests. You can easily access social amenities such as shopping malls and hospitals (Migosi sub county Referral Hospital) from this estate.

Ogango appears on our list of top 10 safest places to live in Kisumu. It is a wallflower estate of Kisumu, situated quite a distance from the CBD. The area has plenty of land and it is fast-growing, thanks to the futuristic real estate developers who have already noted the profitability of the place. If you love sightseeing and cool temperatures, this is the place for you.

This estate is quite pricy, hence why this is the place where the affluent lay their heads every night. The best thing about it is that it is a walking distance from the CBD and its roads are the best yet in the entire Kisumu county. The area is well lit and secure with CCTV coverage and round-the-clock watchmen.

Located 8km from Kisumu along the Kakamega road, Riat Hills Estate is the best place to live if you want to build and settle down. The area is quite pricy but not as pricy as the areas in the CBD. The area has undulating hills, giving you that beautiful view. The only issue with this area is piped water which is yet to get to the area. However, it rains a lot, meaning that you can harvest water, use it and never pay for it all year round.

Located right next to the Kenya-Re Insurance offices, Kenya-Re Estate is definitely one of Kisumu’s most organized estates. The area is a gated community located a few kilometers from Kisumu city. It was previously an estate where the workers of the company used to reside. However, the company later sold the land to willing buyers who have since developed the place to the beautiful and safe estate it is today.

This estate is located along the Makasembo road in Kisumu, right next to where the Mayfair Holdings Limited Kisumu Branch offices are. The estate has many gated homes, making it even safer.

This is a middle-class estate located along the Kisumu- Kakamega road. It borders Kibos, Migosi and Riat estates and it is currently one of the fastest growing estates in Kisumu. It is safe to live here if you are thinking of a place to reside in while in Kisumu.