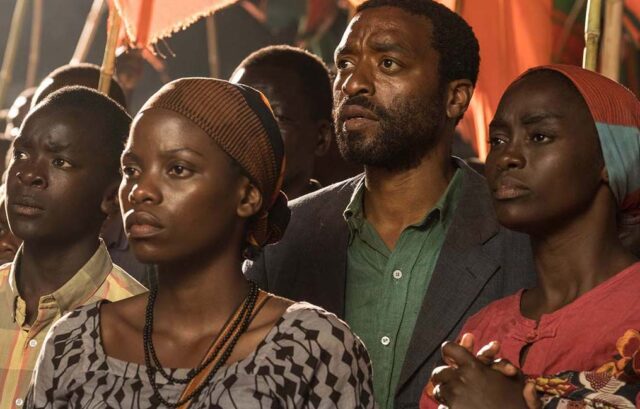 Unfortunately, the ever-competitive marketing arena and regular releases could cause compelling films to escape your radar. Read on to discover the best African movies to watch in 2021 across various genres.

Thesisrush.com is also of great importance to sustaining your academia as you savor the captivating narration of our top five African film recommendations.

Based on a true story, this social drama film depicts the struggles of a 14-year-old Malawian boy who sets on a mission to build a wind turbine to save his famine-stricken family and village. The film, directed by Chiwetel Ejiofor, shows the young lad’s determination and will as all forces seemingly play against him.

The curious young boy sneaks into the library to satisfy his intellectual itch on various topics, having been thrown out of school. The young dreamer then scavenges junkyards for spare parts and seeks help to bring his vision to fruition.

Read: How to Watch DSTV Live Football for Free

This movie ranks among the best African films on Netflix and exposes you to the Malawian culture. The great narration is supplemented with outstanding performances from talented actors who manage to tap your emotions through the young Kamkwamba’s journey to overcome adversity with his inventiveness.

This family drama film, directed by Blitz Bazawule, is a story of a Ghanaian girl (Esi) caught in a bad relationship between her father, Kojo, and her uncle Kwabena. Esi relives her painful journey to find her dying father after his brother abandons him in an illegal gold mine shaft as avengement for his dead wife.

The movie lingers in the metaphysical realm and infuses great videography and music to bring out its magical aura. This film has gained nine nominations and recognition as the best narrative feature in the 2018 urban world film festival, a testament to its quality.

It also ranks among the best African movies to watch for a dose of family drama and an opportunity to savor African allegories. The film is also a story of strive as it was pioneered on a limited budget with funding from Kickstarter and later morphed into a captivating allegory.

Ranking as the first Kenyan film to be released on Netflix, Poacher is the tale of a desperate farmer caught up in the deadly world of international terrorists. The ‘innocent’ farmer becomes a target of the gang after stealing their blood ivory.

This short film highlights the ravaging effects of ivory hunting on local communities and elephant populations. The film was shot in the Tsavo national park with Tom Whitworth as the director.

It thus contains quality videography alongside a captivating story to keep you glued on your screen.

Sarafina is a classic African film about colonization directed by Darrell Roodt. The film is based on the schoolgirl activist Sarafina, who narrates the teenagers fighting the oppressive apartheid regime.

The revolution begins when the oppressive colonial powers deny the use of Afrikaans for classroom instruction. Additionally, the rise against the apartheid regime is fueled by the jailing of Mrs. Masembuko and the shooting of students.

The film shows the struggle of South Africans, forced out of their homes, battling for identity in their motherland. It highlights the role of education as a social institution for change and infuses the quality storytelling of Sarafina with amazing musicals.

I’m not a witch is a detailed depiction of the real-life injustices fueled by local naiveness. The film written by Rugano Nyoni tells a story of a young girl, Shula, who is shunned by her community and branded a witch.

The young girl is then set on an exploitative path by the elite. Shula is denied the privilege of mainstream schools and is sent to a school of peers that society has similarly shunned.

The young Shula is later overwhelmed by this path and agrees to meet her worst fate.

A great movie is a great way to cool off after a long day’s work and make the most of a dull evening. These African films are bound to tap into your emotions and capture your attention throughout their action.