Military strength is one of the biggest things to boast about for any given country. In Africa, the continent is not left behind for having a good number of countries that boasts of having the strongest military power.

Military is the most basic necessity in any given territory. The military power is therefore measured in terms of ability of the country to fully protect her territories and boundaries against civil unrests.

Other factors to look at is the well equipment of the country with things such as firearms, war crafts, tankers, navy force facilities, number of front line troops etc.

In Africa, civil unrests have been so rampant e.g. attacks from Al-Shabab, ISIS, Boko Haram among others. A good number of countries with their respective military powers have fully comparted the issue.

Here is a full list of the African countries well known for having the strongest military forces in their respective orders. The compilation has been arrived at as per the resource availability and endowment of the respective countries and their ability to come up with brilliant military strategies.

Egypt has nearly 10,000 armored fighting vehicles, over 65,000 logistical vehicles and 1000 aircrafts. Moreover, the country has large oil reserves which constantly supplies her with finances for maintaining her powerful military.

The Egyptian military strengths have been seen when it got involved and opposed the Libyan Civil War with support for General Haftar. They also actively engaged in total war in the regions of Sinai against Daesh. The army has also tried its best to dismantle ISIS and Hamas.

Algeria has a large maritime border. This has necessitated having a strong military force. The country has upgraded her military capabilities to modern ones in areas such as Land, Marine and air forces. The troops use up-to-date fighting equipment to execute their missions.

The country has over 125,000 personnel on the front line and more than 2,500 armored fighting vehicles. In Africa, Algeria is among countries with large oil reservoirs.

This allows her not to depend on other countries for fuel; Algeria uses her oil to fuel the fighting tankers, aircrafts and more other military vessels.

The major drawback in the Algeria Military Department is Lack of Leadership in Algeria which has made it to not fully oppose the Islamic Forces that has been a challenge since independence.

South Africa is a historical country and was among the first countries in Africa to be civilized. So far, the country has not yet engaged in any military conflict for a long time. I

She has only taken part in a good number of peacekeeping missions. The sleeping lion has highly advanced military for peacekeeping and international cooperation. The country also has automated up-to-date equipment even though she has less than 100,000 active front line officers in the military.

Nigeria is among the African countries with largest population. This has therefore made it possible to have more than 200,000 personnel in the frontline troops.

Oil in Nigeria has been so resourceful for years; it has eased the financial burden to acquire the requirements for military troops. Nigeria has more than 1400 armored vehicles, 360 tankers and 6000 logistical vehicles.

The country furthermore has 300 aircrafts and 25 highly powered navy vessels. The major setback of this army is failure to defend citizens in the Northern parts of Nigeria against Boko Haram which causes many cases mass killings.

Ethiopia has more than 100,000 personnel who make her military troop. As a landlocked country, Ethiopia does not have a naval force and therefore has focused on diverting her resources to develop land and air force departments.

The country has also been well known for having stable large population which maintains larger number of troops in the military.

Angola has also come up to be counted among countries with best military forces in Africa. Her army forces are held by Chief of Staff Geraldo Nunda who succeeded back in 2010. The country has 920 armored fighting vehicles, 140 tankers, 270 pieces of aircraft and 56 naval forces. Angolan oil has been a strength and a big secret to her success story.

Morocco is not well endowed with resources however she tries much to be on the front line to maintain her military strength. The country depends on other countries for military equipment. The Moroccan army forces have had continuous conflicts with POLISARO which is a liberation movement fighting for independence of Western parts of Sahara.

So far, the Moroccan military has over 2000 armored fighting vehicles, over 1300 tankers and 330 aircrafts. Moreover, the country has 121 officers in the navy troop.

Libya has a wide variety of arsenal. This has made the country to be recognized on the map for having the strong military forces. Libya has over 2500 armored vehicles, 500 tankers, 600 towed artillery pieces and 6500 logistical vehicles. Oil reserves also enables the country’s military to fuel the tanker and other movables with ease. The strength of Libyan Military is General Haftar.

The country is located in the Northern part of Africa. Her military forces have contributed to peacekeeping missions in countries such as Rwanda and Libya. Tunisia has 900 armored fighting vehicles, 350 tankers supported with enough manpower of over 5 million citizens who provide sufficient labor force.

Currently, the country boasts of having a stable government which is key to strong military. Tunisia has generally small but efficient military force. This has made Tunisia to oppose the ISIS on her eastern border.

The country has proven her military strengths by engaging in peacekeeping missions to other countries such as Somalia. Just like Morocco and any other country in Africa, Kenya highly depends on equipment from outside.

The Kenyan marine, air and land forces are so strong due to the country being a member of international teams. These has enabled them share techniques and strategies. The country also has a rapidly growing population which maintains the larger troops in the military.

Moreover, Kenya established herself as one of the strongest democracies on the continent with South Africa and also has a resilient sense of leadership from its political leaders. The Kenyan army was able to reduce Al-Shabab impact in Somalia and allowed Kenyans to live more securely.

To know the position of your country, follow this for full list about the ranking of the entire African countries. 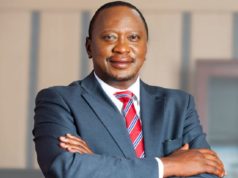 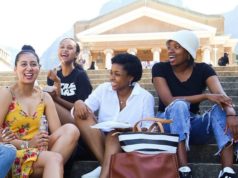 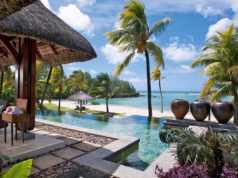 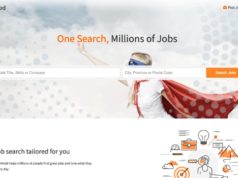 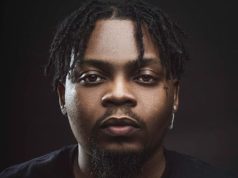 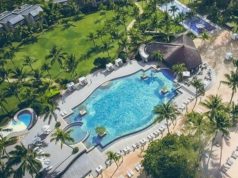