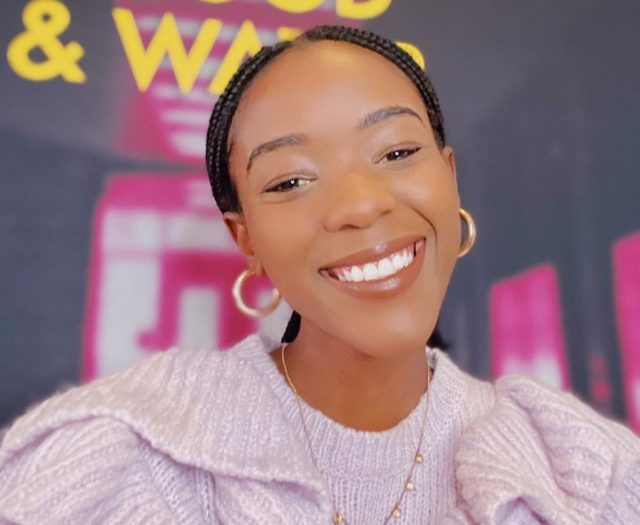 Amamkele Qamata popularly known as Ama Qamata is a South African actress who is best known for playing the role of Puleng in Netflix’ Blood and Water and of Buhle in Gomora, which is a Mzansi Magic Telenovela.

Ame went to The Reddam House School. She then proceeded to the University of Cape Town where she studied Theatre and Performance. She had to put her degree on hold after getting the chance to play a role in Gomora.

Ama made her acting and television debut in 2016 when she played the recurring role of Naledi in ”My Perfect Family” which was a sitcom in SABC1. In 2018, she got the chance to play the recurring role of Thandi in the e.tv soap opera known as “Rhythm City.” Ama then featured on an SABC2 soap opera known as Muvango. On the soap opera, he acted along other amazing actors such as Maumela Muhuwa, Gugu Nkosi and Digaan Khumalo.

Ama plays the role of Buhle, a 15-year old daughter to Thathi and Mbongeni who is very popular in school as she becomes a snob to many. Things take a spin after her father is murdered in a robbery. The family then loses its wealth and they are forced to move from the wealthy neighborhood of Sandton to Alex, a humble neighbourhood that Buhle is not used to.

Ama revealed that she executive producer Kutlwano Ditsele handpicked her for the role after they worked together on Blood and Water, a Netflix original show that had Ama as part of the cast.

Blood and Water is a Netflix original 6-part series that premiered on Wednesday, May 26th 2020. It is currently the second Netflix original production in Africa. Ama plays the role of Puleng Khamalo, a starring role where Puleng is a teen who transfers to Parkhurst College after she has a party encounter that left her wondering whether or not Fikile, who is Parkhurst’s star student, is indeed her blood sister who was abducted at birth.

This is Ama Qatama’s first role in a TV series. Ama Qamata and Cindy Mahlangu are real life friends.

When asked if she is currently seeing someone, Ama said that she knows her boyfriend is in Nigeria. She said this in a YouTube video that was posted one day ago.

Her current net worth is not yet out in the public domain. We will update you with these once we lay our hands on them.