Elon Reeve Musk is an entrepreneur, business investor, and Tesla CEO. He is currently the richest man in the world with a net worth of $276 billion. He is the first person to ever surpass a $200 billion net worth.

Musk owns multiple businesses which include;

Elon Musk co-founded Tesla in 2003. He is currently the CEO and spearheads most of its operations which include; product designing, Engineering, and global manufacturing of all the company’s products. The company’s aim is ‘to accelerate the world’s transition to sustainable energy with electric cars, solar and renewable energy solutions for homes and businesses’. 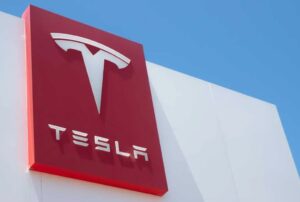 In addition, Tesla produces three energy storage products. They include; the Powerpack commercial-scale battery, the Powerwall home battery, and Megapack.

Space X is an American aerospace company that develops rockets and spacecrafts. It was founded in 2002, by Elon Musk, with the aim of reducing transportation costs to space to allow colonization of Mars.  It manufactures Falcon 9 and Falcon Heavy launch vehicles, Rocket engines, Cargo Dragon, Crew Spacecraft, and Starlink communication satellites.

Musk is also CEO of Neuralink which is a neurotechnology company that develops chips that can be implanted into human brains by neurosurgeons. Its main aim is to connect human brains with computers.

Read: Top 10 Richest Families in the World, Sources of Wealth and Net Worth

The Boring Company is an all-electric American transport company. Its main aim is to reduce urban congestion and enable fast and long-distance travel. It is currently still under construction.

On March 20th, 2022, the billionaire expanded his business empire after purchasing Twitter for $44 Billion. This is after he had offered to buy the company at $54.20 per share in cash.