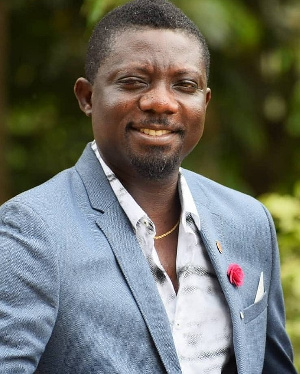 William Asamoah Addo is a widely known Ghanian actor who rose to fame in the entertainment industry after featuring in the movie titled “The Mighty One” which was produced in two parts. Bill Asamoah is loved by his audience for his undeniable talent when he is on screen. He knows the right stuff and beautifully brings to life the characters he portrays. Bill is the CEO of Okyerema Entertainment as well as the chair of the Ghana Actors Guild in Ashanti.

Asamoah was officially born in the year 1973 in Ash Town located in Kumasi. The exact date of his birth is not known although his age is approximated to be at 48 years.

Bill is quite a private individual as there is very limited information regarding his childhood experience growing up, the schools he attended, and his family as well. However, he is rumored to have schooled in his home of origin in Ash Town, Kumasi.

Despite not knowing much about his father, Bill loved his mother dearly and he made this very clear recently after her painful passing. Other than this, Bill is known to be married to his beloved wife, Marian Boakye, with whom he shares their three children.

Bill’s story is one of a very humble beginning. His acting career, surprisingly, began with him performing menial jobs on the set for producers. He later found his way around and managed to scoop up several roles over time which was not a struggle for him as the acting was his forte. Eventually, Bill landed a role in the movie “The Mighty One” which is a two-part film produced in 2007. His character performed so well that he gained significant fame that propelled his popularity even better when he was featured in his second sensational film titled “Azonto Ghost”.

Over time, Bill became quite a force in the Ghanaian entertainment industry and made his way to the very top where he launched his very own entertainment company, Okyerema, and bagged the position of chairman of the Ghana Actors Guild.

As of now, Bill has made a fortune out of his acting career as well as his business investments. Over the years he has accumulated an estimated net worth of $500,000.