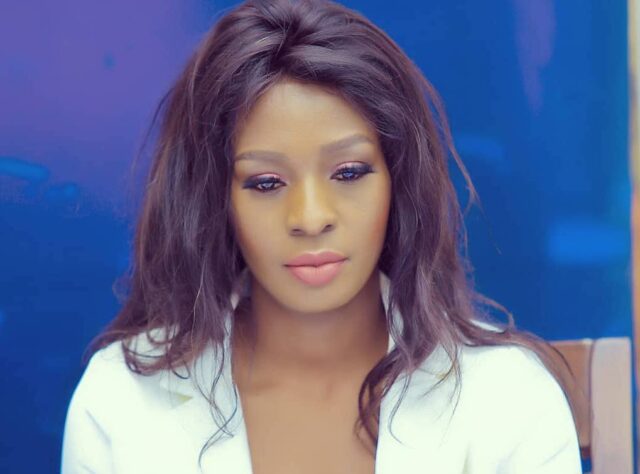 Cindy Sanyu (born Cinderella Sanyu), is a Ugandan recording artist. She also doubles as an actress and is one of Uganda’s top secular artists. Cindy, as she is popularly referred to as in the Ugandan scene, is the subject of this article as we look into her biography highlighting her career journey, academic background and personal life.

Details regarding Cindy’s academic background remain unavailable to the public.

Her musical career has been successful thus far and traces back to her childhood days singing at the Ntinda local church. Later on when she was a teenager, she signed up for a talent search show that resulted in her working with a Jean Steve, a producer, who ensured she took part in the Coca Cola Pop Stars.

The girl group Blu*3 comprising Cindy, Jackie Chandiru and Lilian Mbabazi was formed at this stage with the group attaining incredible success evidenced in awards such as the Best East African video for the song “Frisky” in the 2006 Channel O Music Video Awards and Best Video of the Year for the song “Hitaji” in the 2005 Pearl of Africa Music Awards.

Read: Top 10 Fastest Rappers in Uganda and their Net Worth In 2021

She embarked on her solo career in 2008 seeking her own footing in the music scene. She dropped debut album the following year titled ‘Ayokyayokya’ comprising hits that went viral all cross East Africa such as ‘Nawewe’ and ‘One and Only’. She is a celebrated artist with more of her songs like ‘Selekta’ and ‘Run this City’ topping East African charts. To this effect, she has won several awards including Bingwa awards best artiste from Uganda and Female artiste of the year in the DIVA awards.

Cindy is a mother of one daughter named Amani whom she had with Mario Brunetti. She has also been in a relationship with Ken Musiya. The two however parted ways and she is now engaged to Joel Okuyo Prynce.

Cindy Sanyu Net Worth and Assets

Cindy’s net worth is thought to be over $153,000 and information detailing her asset portfolio remain unavailable to the public.