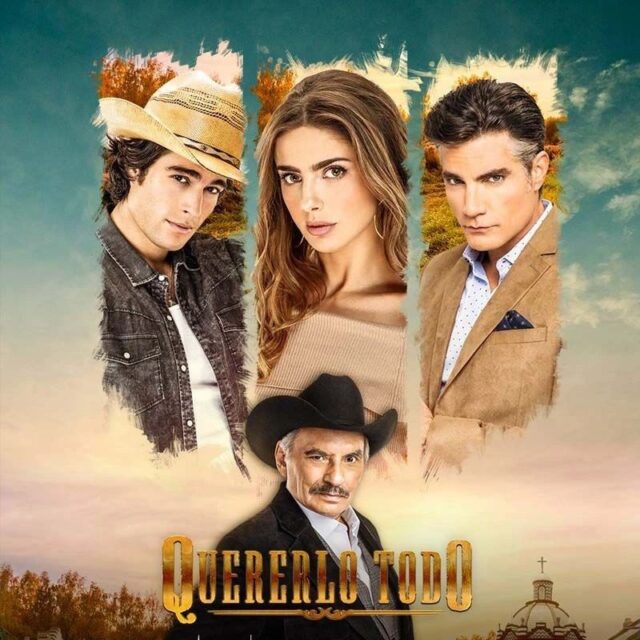 Quererlo Todo – To Want it All, is a drama series aired on Citizen TV and has been quite popular among Kenyan viewers. The series now has 122 episodes since its launch in 2020. Quererlo Todo has been airing for one year and continues to attract viewers across the world.

It’s original story is by Enrique Estevanez who worked with a team of creators and writers including Antonio Abascal, Carlos Daniel González, Sol Rubí Santillana, Dante Hernández, Itzel Hernandez, and Elizabeth Salazar. They worked together to create the one hundred and twenty-two episodes that make up the series thus far.

Moreover, the series is directed by two directors who have been on the show for two years – since its inception. The directors are Schiffner Sandra and Claudia Eliza Aguilar.

Quererlo Todo features the death of a wealthy man named Patricio Montes. Upon his death, the heirs get into a heated battle over the inheritance. The deceased has a son named Leonel who is dating a lady named Valeria. Valeria assists Leonel in organizing his affairs before she meets Mateo, the late Patricio Montes’ inheritance executor. Once she meets him, their lives change forever.

The series featured several talented actors and actresses in bringing it to fruition. Some such as the main characters have been present throughout the series while some made fewer appearances. The following is a list of character-acting names alongside their real names for those that featured in the series for more than one hundred episodes.