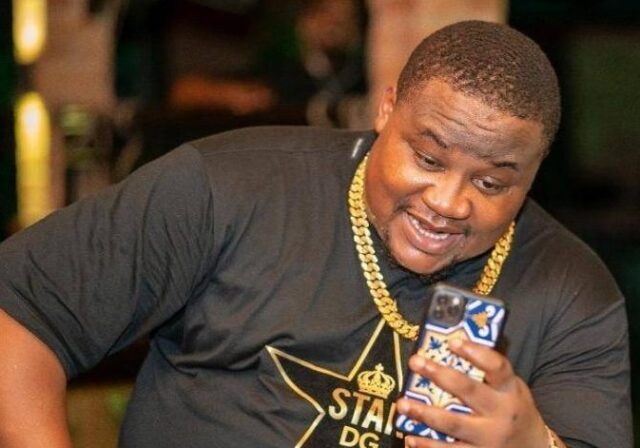 Cubana Chief Priest whose real name is Pascal Chibuike Okechukwu is a very well-known public figure in Nigeria who glories in flaunting his wealth on the media. His name Cubana is directly linked to his very first successful source of income which is the Cubana Group founded and owned by Obinna Iyiegbu but is promoted and managed by Pascal.

Pascal’s journey into financial freedom and wealth came about from working for the Cubana Group popularly known for its luxurious hotels and nightclubs although he eventually found his way around independently making enormous amounts of money from being a high-end brand ambassador and influencer as well as his very well-performing, recently launched nightclub, Club Xhrine located in Owerri.

In 1982 on the 2nd of April, Pascal was born to both his parents in Orsu located in Imo State, Nigeria.

Pascal is the second-born child of his parents. Although he had both his parents as an infant, his father left them while he was a child owing to the difficulty in sustaining provision for the family’s basic needs.

There is no information available to affirm whether or not Pascal attended and completed school.

Pascal’s rise to fame and wealth is one of building oneself from scratch. He came from a very humble home where they struggled to barely get by. He eventually moved to Aba state to seek a better opportunity in life.

He ventured into shoemaking in Aba and was making a somewhat decent living out of it until he met Obi Cubana, owner of the Cubana Group, who allowed him to work with him. Pascal quickly found his way around the hotel and nightclub business. He proved to be an excellent show booster, entertainer, manager, and brand marketer owing to his impressive people skills.

His collaboration with Obi Cubana majorly spearheaded his success in business and wealth making. After working with Obi Cubana for several years, he garnered great wealth and success and eventually resigned to launch his very own nightclub in Owerri called Club Xhrine.

Pascal’s club has been flourishing especially after Davido made an appearance and performance back in 2018.

Cubana Chief Priest is said to be one of the richest businessmen in Nigeria. He has made a fortune out of his collaborations, brand influencing endorsements, but most importantly his very own nightclub. His net worth is an estimated $150million.