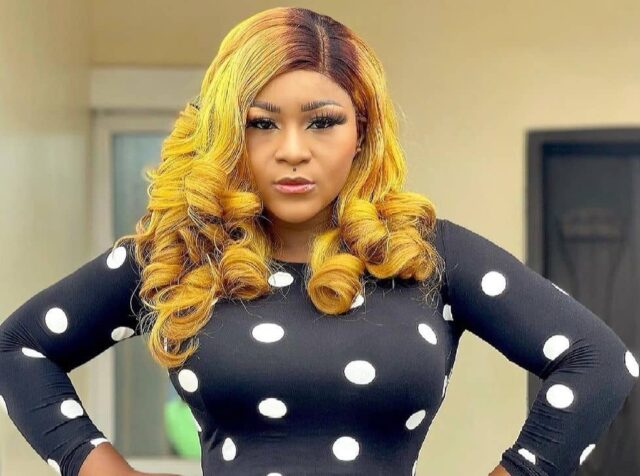 Award-winning Nigerian actress Destiny Etiko is a creative who is climbing up the ranks in the industry at a fast rate. She has starred, appeared and featured in several films that are consistently showing her prowess in the skill. Her biography is addressed below highlighting her academic background, personal life and career journey as an actress in Nollywood.

Hailing from the state of Enugu, she was born in 1989 celebrating her birthday on every 12th of August.

Destiny Etiko attended primary and high school in Enugu and worked towards a Theatre Arts degree from her alma mater, Nnamdi Azikiwe University. She graduated and was soon on her way to the screens.

Beginning at the Actors Guild of Nigeria, her prowess as an actress was put into use. She spent some time there garnering a wealth of experience before going into Nollywood in 2011. The sail into the industry was not particularly smooth as she had to juggle between her school work and acting. She however later on made it into the spotlight with the movie, Idemili, which took her to prominence levels. Her performance in the film was very outstanding landing her a nomination and win at the 2016 CPM awards.

Over her career she has been able to do many films and productions, proof of her immense skill and resilience in working hard towards her goals. Some of her works include My Sisters Love, Family Yoke, The Poor Billionaire, Pains of the Orphan, Sunset of Love, King’s Word and Clap of Royalty among more.

Her parents had opposing views regarding her acting dreams with her mother being very supportive while her late father who passed on last year in May. She has spoken of the frustrations of being a woman in the industry. She has publicly spoken of sexual harassment by movie producers. She has condemned and spoken against such violations and champions for a change in the industry.

The actress is particularly close with her mother, whom she gifted a new house as a birthday present. She speaks highly of her, thanking her for supporting her dream and being her biggest fan.

Destiny Etiko Net Worth and Assets

Destiny’s net worth is approximated at $650,000 credited to her acting work, modeling, brand endorsements among other investments.