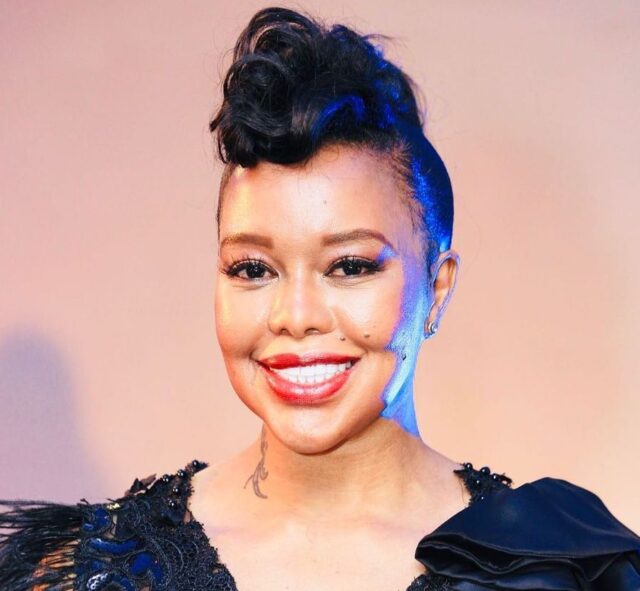 Evodia Mogase is a jack of many trades – an entrepreneur, television personality, actress and motivational speaker. This article looks into her biography, highlighting her background, career journey and personal life.

Evodia was born in Soweto, South Africa, where she grew up and was raised by her parents – Ruben and Louisa on a 17th of November in a humble home.

Evodia graduated with a Bachelor of Arts from the University of Limpopo.

Her career journey began with her being a college teacher of Biology, an endeavor she did not spend too much time on and instead began working out her way towards business and entrepreneurship, a path she enjoyed and was actually passionate about.

She began in the catering industry establishing a business that would turn out very successful. She later worked for a power company named Eskom as the firm’s vegetation manager. Her entrepreneurial self also went into reselling and promoting Herbalife products, by a well-established company.

Mogase was part of the reality television show – The Real Housewives of Johannesburg, where she brought along her daughters Mercy and Princess Mogase for a short span before they left the set.

Evodia is a mother of two daughters – Mercy and Princess Mogase. She had Mercy from her first marriage, which unfortunately ended on grounds of infidelity despite having built businesses and a wonderful life together. Her first husband later passed on. After her divorce she remarried and spends her lie now with her new husband with whom she had her second daughter Princess Mogase.

Evodia has undergone plastic surgery in enhancing her beauty, something she shares publicly and advocates for healthy and fit living as a yoga and exercise enthusiast. She is also a motivational speaker and encourages women to develop themselves and not depend on men for them to make a life for themselves.

Evodia Mogase Net Worth and Assets

Evodia is a wealthy woman, invested in various businesses and seeks to venture into more. Her exact net worth is estimated at three million dollars thanks to her businesses and smart moves in partnering with the right people.