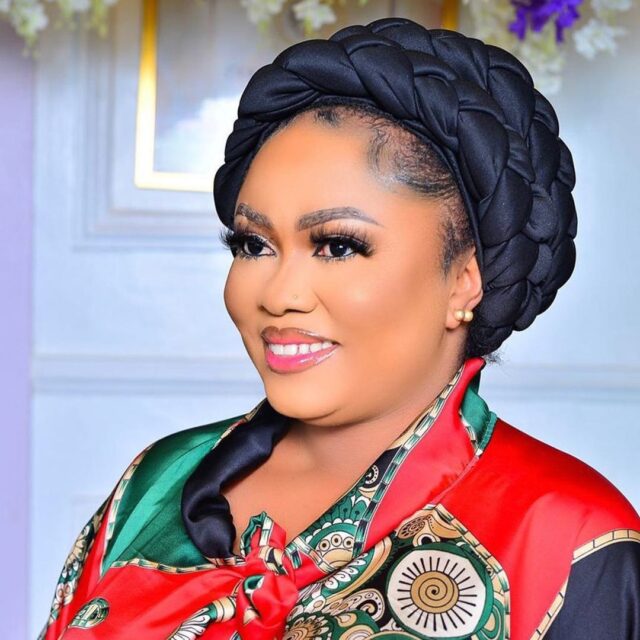 Folorunsho Adeola formidably known as Arike Gold is an amazingly talented actress, producer, and influencer from Nigeria. She’s specifically praised for being exceptionally good at assimilating the roles she plays in movies in such an impressive and authentic manner. Adeola is so good at acting that producers and directors seek her services to play certain roles.

Adeola comes from Abeokuta in Ogun, the town where she was born on the 22nd of November 1985. She will be celebrating her 36th birthday later in the year.

Adeola’s early childhood experiences were predominantly made in Abeokuta where she grew up with her five siblings. The home she grew up in was not a monogamous one. Her father married more than one woman.

Adeola’s primary schooling happened in Abeokuta although details on this are not available. However, she went to Catholic Comprehensive High School also in Abeokuta after which she joined the Moshoon Abiola Polytechnic to study Mass Communication. She then got enrolled at the University of Ibadan where she pursued a bachelor’s degree in Philosophy.

In pursuit of building her knowledge and skills in acting, she joined Bolaji Amusan’s Latin Film Academy. Her professional acting career quickly kicked after she graduated and secured quite some roles in numerous films.

Adeola’s entry into the industry was pioneered by her graduation from the Latin Film Academy in 2008 after which she debuted in her first movie by Bolaji Amusan titled “Alapa Stainless”. She continued to receive many roles that helped to promote her acting career for quite a while.

Adeola has also produced a few films in her 10 years of acting in the Nollywood industry including Kara, Baba Be, Ike, and Two Sisters among several others.

She has also been nominated and won numerous awards over time including winning the Most Promising Actress at the Scream Movie Awards and a nomination in 2006 for the Film Revelation of the Year.

Folorunsho Adeola Net Worth and Assets

Acting, producing, event planning, and brand influencing are at the core of the income Adeola cashes in. She is also a businesswoman who owns and directs three business ventures that she founded including Body Fit by Adeola and her own film production company, Golden Play Entertainment. Additionally, she is also a social media influencer, and she gets paid to advertise brands she is in collaboration with on her various social media platforms.

All these streams of income have made her an estimated net worth of $250,000.