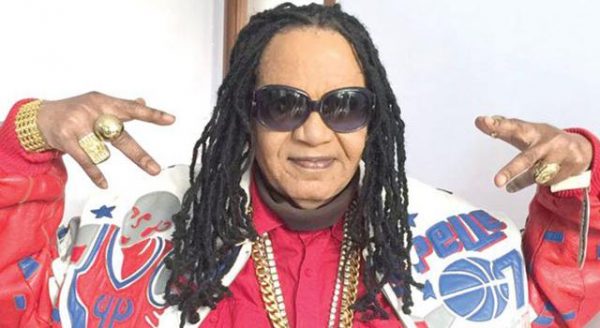 Congolese music has always had a soft spot in many Kenyan hearts, and indeed among all Africans. General Defao alias Lulendo Matumona, who was famous for the ‘ndombolo dance’, was a celebrated Congolese musician who was based in Kenya for a significant part of his career. The artist died on 27th December 2021 leaving the continent in shock, sadness, and feelings of loss.

He was born on 31st December in 1958 and named Lulendo Matumona adopting General Defao as a stage name that became his signature across the continent. He originally hailed from Kinshasa and began singing at the age of twenty as a member of Orchestre Suka Movema.

When he was twenty years old, he joined Orchestre Suka Movema, a music group in his hometown, exposing him to the music industry. As a young and upcoming artist, General Defao looked up to Congolese musician giants like Papa Wemba, Gina Efonge, Nyoka Longo, the Zaiko group, and Evoloko.

He then explored various music styles working with different groups in brief periods. Some of the groups he was with at that time were Somo West, Fogo Stars, Grand Zaiko Wawa, and afterward Choc Stars. After working with these entities, he was ready to start his own band which he called The Big Star in 1991 with fellow artist Djo Poster. However, Djo Poster soon left and he was back at finding suitable replacements.

The 90s were a great hit for General Defao who enjoyed great success levels in the DRC pitting great competition against established artists like Bozi Boziana and Koffi Olomide who he would later collaborate on several successful projects. By 1999, General Defao had a number of albums to his name and sought to take his popularity overseas.

In 2002, it was alleged that he was exiled from his country after one of his songs ‘Mboka Ya Diogen’ used metaphors attacking the then president, Hon. Laurent Kabila after he took office in the same year. However, in a past interview, he dismissed the allegations stating that he was not exiled but chose to establish his career in Kenya saying:

“I don’t know where this is coming from. I want to make it clear that the late Laurent Kabila was once a very close friend and we shared a lot in common. It is, however, a normal thing for people to disagree and I don’t see why mine should be a big deal,”

Music Career and Life in Kenya

After leaving Kinshasa, he landed in Kenya where his first few months were rocked with trouble with the authorities. In Nairobi, he was lodged in Kilimani’s Palacina Hotel by his Nairobi promoter who suddenly went missing in action, leaving him at the hotel for weeks. The hotel bill accrued to Ksh 600,000 with no one to settle it. The hotel kicked him out and sued him in court. Being a fresh arrival in the country, he had very little English knowledge and in court, all he could say was “not guilty!” something that the court attendants found humorous. His case was then postponed until a French translator would be available in court.

He was sent to Nairobi’s Industrial Area Prison in 2002 where he served a six-month period before Charles Kanyi aka Jaguar, a fan and Kenyan politician now, bailed him out. He would then maintain a low profile and begin his eighteen-year career in Kenya afresh. General Defao’s music career saw him release famous songs such as Familie Kikuta, Bolingo, Nadine, Bana Congo 2, Moski, Mokolo Mosusu, Madova, and Zouk.

He was often questioned on his skin bleaching, something he responded to saying he had a delicate skin condition requiring him to use Dermovate, a skin lightening cream. In Kenya, he was married to a Kenyan wife with whom he lived in Lavington. On 27th December 2021, he passed away in a Cameroon hospital called Laquintinie where he had been hospitalized. He was eulogized as a great African star and would be remembered for his immense contributions to Congolese music.

General Defao Net Worth and Property