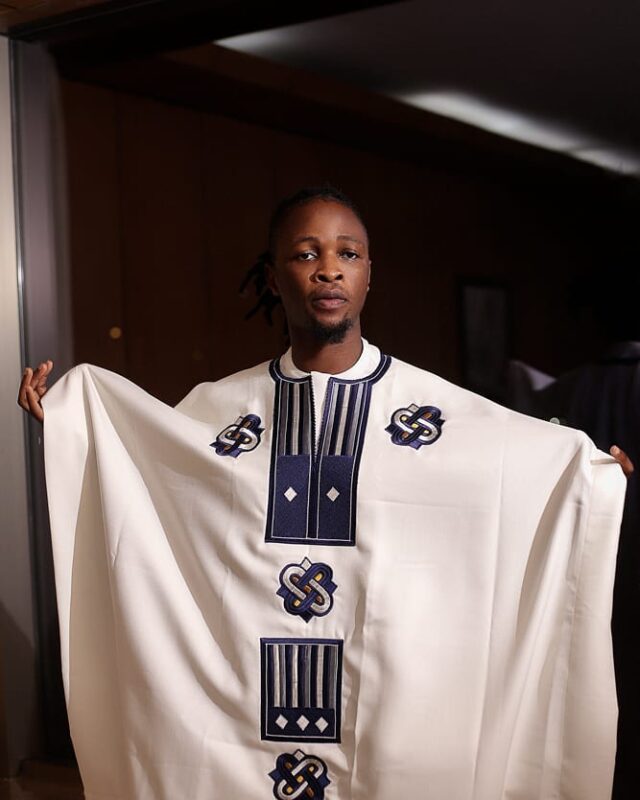 Laycon whose real name is Olamilekan Massoud Al-Khalifah Agbeleshebioba is a Nigerian public figure who is known to be multitalented in singing, rapping, and songwriting. He has become a lot more familiar and likable to the masses after winning the recently aired fifth season of Big Brother Naija. His stardom was fueled by his participation in this show.

On the 6th of October 2020, Laycon was recognized by the Ogun State Governor and was appointed as the ambassador of the youth in Ogun state, and in early 2021 he was named Chief of Ipokia Kingdom in Ogun.

Laycon Age and Place of Birth

His home of birth is confirmed to be Lagos although his native roots can be traced back to Baluwen Odeda in Ogun. On the 8th of November 1993 is when Laycon was born and in one month he will be ushering in his 28th year.

Laycon was born his parents along with his two siblings with whom he grew up with in Lagos. From 1996 to 2002, Laycon was admitted to Emmanuel Nursery and Primary where he completed the first step in school. For his secondary school needs, he joined Lagos State Model College Meiran in 2003 and graduated from there in 2009 after which he went to the University of Lagos where he pursued a degree in philosophy and obtained a second-class honors degree of the upper class.

Laycon’s career path began with him working as an intern in Latjum Global Nigeria Limited and he balanced the work with school responsibilities. After graduating from the University, he secured a position working as sales and marketing personnel for Bestman Games. He found another job to work as a personal assistant to the assistant of welfare in administration and human resources. Even with all the responsibilities that came with the jobs he had, he managed to strike a balance in both and unaffiliated writing.

Laycon’s interest in exploring music as a young boy started with him writing songs and rapping. He signed up for the 2014 Coke Studio event that happened at the University of Lagos. There he performed and in 2017, was among the top 10 finalists of the MTV Base LSB Challenge. The strides that he took no matter how small they may have been perceived led to having him signed into the Fierce National Record Label in 2019. He released his first song, “Fierce” followed by “Who is Laycon?” shortly afterward.

In 2020, he was a contestant in the fifth season of the Big Brother Naija show in which he emerged as the winner. This win trailblazed his path to gaining popularity and fame. In the same year, he also got three nominations and won two including African Entertainment Award USA for Best New Artist.

Laycon Net Worth and Assets

Winning Big Brother Naija season 5 came with great rewards including a cash prize of $72,900, an SUV, a two-bedroom apartment among other items. He also signed endorsement deals with GOtv Nigeria, oppo Nigeria, Orijin, Mentos Fresh Action Candy, and Jumia among numerous deals. Laycon’s net worth has significantly increased and is now at an estimated net worth of $729,000.