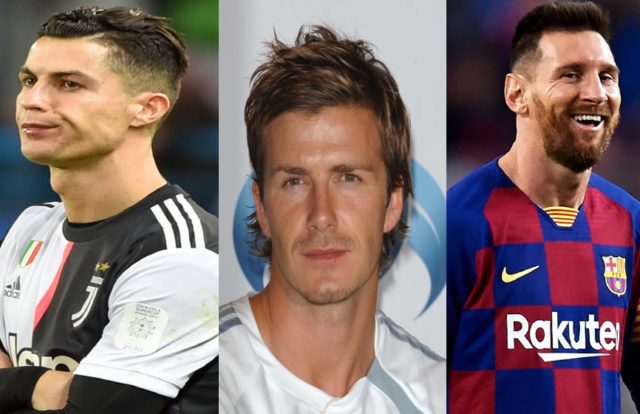 Football is one of the most celebrated and watched games worldwide. There is no doubt in the fact that football pays handsomely. Below is a list of top10 richest world footballers in and their net worth 2020/2021:

With a net worth of $450 million, this Portuguese footballer happens to not only be the richest but the best footballer of all time. He is well-known as CR7. He joined Real Madrid in 2009 after leaving Manchester United. The transfer fee was $132 million, making him the most expensive football player that ever existed.

David Beckham became the first English footballer to hold a league title in four different countries. He was named the world’s highest paid footballer in 2004. After playing football for about twenty years, he finally retired from his football profession.

David Beckham has a net worth of $445 million. This makes him to be the second richest among richest world footballers in the world.

Lionel Messi is inarguably the best soccer player in the world. He got nicknamed ‘the Flea’, thanks to his minuscule physique. Messi was voted the player of the year over the past two seasons. His current net worth is $405 million.

Dave Whelan is a former English player who played for Crewe Alexandra and Blackburn Rovers. He owns Wigan Athletic, which is a football league championship club. His current net worth is about $225 million.

While playing for Sports Club International, in 2006, he led the team to win the FIFA Club world cup. His current net worth is about $158 million.

He is an English Footballer who was able to play as a striker for Manchester United and the English national team. He is the best paid football player in England with a net worth of about $150 million.

He is a left foot player who plays for Real Madrid. He is also the winger of the Welsh National Team. He became the Player of the Year and the UEFA team of the year in 2011. His current net worth is about $128 million.

With a current net worth of about $104 million, Totti is an Italian football player who started to play football when he was just eight years old. He became the Young Footballer of the Year during the 1998- 1999 season.

He is a Belgian professional footballer who started playing at the age of four. His current net worth is approximately $102 million.

He has won the African Player of the Year four times. Samuel Eto’o currently plays for club Konyaspor, which is a Turkish club. His current net worth is about $100 million.