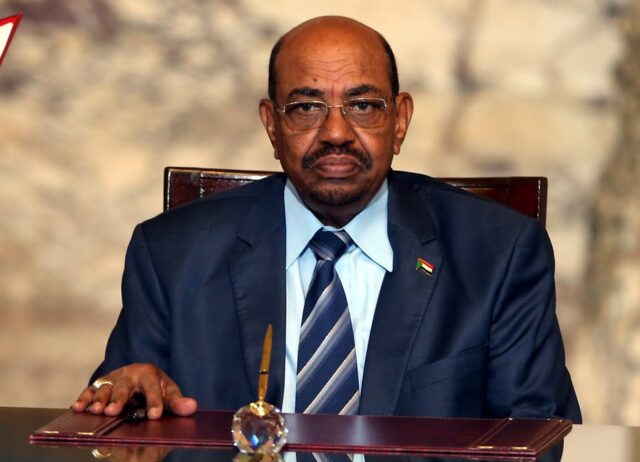 Omar al-Bashir went down in history as one of the most authoritarian leaders Africa has ever witnessed. Overthrowing the government and setting himself up as the president of Sudan, Omar-al Bashir was a truly memorable personality. This article looks into his biography highlighting some of his key life milestones.

He was born on 7th January 1944 in Sudan, the country he would later rule, to a poor family that did not have much. Al-Bashir hailed from the Northern region of Sudan in a place called Hosh Wad.

He attended high school in Khartoum and then, later on in 1960, was enrolled in a military academy in Egypt. Additionally, he went to the Sudan Military Academy for further training.

The former president of Sudan got into power in one of the most unconventional ways in history only characteristic of authoritarian leadership. Omar al-Bashir led a revolt that overthrew the 1989 Sudan government.

The coup took him unto unrivaled power beginning from 30th June in 1989. This was his first year in presidency for a tenure that lasted three decades. His thirty years were ridden with incompetence and a difficult time for the Sudanese. Food prices were hiked making the country go into a period of severe food insecurity. Additionally, the corruption levels and repression were at all-time highs.

His political journey started off at the Revolutionary Command Council for National Salvation serving as chairman between 1989 and 1993 when he was appointed Sudan’s president.  During that period, he battled at the Arab-Israeli war for Sudan in Egypt leading to his appointment to military attache position in the Emirates. After making it back to Sudan, he was appointed to lead an armored parachute brigade in the country. Leading the army campaign against the Southern Sudan People’s Liberation Army, the 1980s were a period of conquest.

All his years were marked with unrest leading to a rebellion by the people. Rebel groups in Darfur went against Bashir’s rule in 2003 to revolt against the unjust treatment they were forced into. However, Omar al-Bashir retaliated and brought in Janjaweed aid. This Arab militia group rained terror on the people and caused a hiatus in the country receiving international aid in medical supplies, food, and general support.

The International Criminal Court issued the first warrant for Bashir’s arrest on 14th July 2008 after peace-keeping efforts proved futile. He was wanted for crimes against humanity, the Dafur genocide, and war crimes. The second warrant came the next year in July being charged with genocide.

His rule of terror came to an end on 11th April 2019 when the military overthrew him in the same fashion he got into power. He was convicted in December 2019 getting a two-year sentence but because he was older than seventy, he would not serve his term in the Kober prison but in a reform facility. Bashir’s trial began in July 2020 for the multiple charges against him beginning from when he led a coup to overthrow the 1989 government.

He was married twice. His first wife is called Fatima Khalid and his second is Widad Babiker Omer.