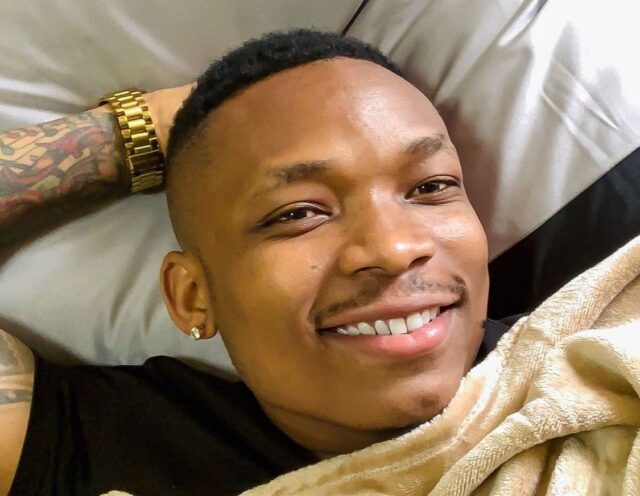 Otile Brown is a Kenyan R&B artist who has won over the hearts and affection of many both locally and internationally. He not only does music to keep his fans entertained, but also keeps a vibrant social life online. You may know him from his several posts on Instagram and his relationships that have been marked with drama and a lot of public display of affection.

Otile Brown has grown to become a very successful artist and made his mark on the entertainment industry. This article focuses on his biography, answering several questions that his fans have concerning his background and life beyond music and entertainment.

Otile Brown was born in 1994 on the twenty-first of March as Jacob Obunga. He is of Luo descent born in Kisumu. His family later relocated to the coast raising him in Mombasa County in a town called Mikindani. Otile Brown’s parents unfortunately passed away when he was a young boy and left behind five children; four sons and a daughter. Life was very tough on them and as a young boy he had to get into odd jobs to tend for himself and his siblings. He recalls of times when he sold liquor at the coast and doing hawking business when he got to Nairobi in search for a better life.

Jacob Obunga attended school at the coastal region before he made his way into the entertainment industry in search of better life quality.

The star did not start easy and has faced tribulations and challenges in his career. In 2013, just after he got to Nairobi city, he knew that he wanted to pursue music, particularly Rap, as a career. He went in search of Willy M Tuva, hoping that he would give his music a chance and sign him up for production.

Fate had it that he would instead bump into comedian, Jalang’o, who shaped his musical journey from that point. He advised Otile Brown to pursue a singing career rather than rap as he would make better income and he was after all, very good at it. He signed with producer Dr. Eddie under the label Dreamland Music Entertainment with the help of his now comedian friend “Jalas”. He recorded songs with Dr. Eddie which proved to do well and gave Otile Brown a confidence in his work.

In 2017, he decided to go fully independent and take ownership of his art. This move was not well received at Dreamland wand he ended up being restricted from playing the songs he did with the label. He worked harder and released his debut album in 2017 titled the Best of Otile Brown. The album had several tracks that endeared him to his fans such as ‘Shujaa Wako’. From then on, the songwriter and musician went on releasing music and making smart moves in showbiz.

His career took off making him good money and placing him on the top of the list. He has had a successful past working with artists such as Khaligraph Jones, King Kaka, Sanaipei Tande and more. Fans across East Africa have particularly been his biggest supporters falling in love with his romantic and catchy songs. Otile’s YouTube channel has over ninety-six million views and some of his singles have rocketed.

One is ‘Baby Love’ in which he featured his then girlfriend and socialite, Vera Sidika which has more than twelve million views and ‘Chaguo la Moyo’ attracting a viewership of more than twenty million. The star’s most recent studio album is titled ‘Just in Love’ and is already making fans excited.

Jacob Obunga has been in several relationships, which he comfortably shares with his online followers and friends. His past relationship with Vera Sidika was met with rough hitches along the way resulting in a nasty breakup that had their dirty linen laid out in the open for the public to see. The two broke it off and later on, he started seeing his current lady, Ethiopian Nabayet, who is proving to be in a serious relationship with Otile Brown.

The two have had their issues with Otile releasing a song titled after her praising her and proclaiming his love for her. He is seemingly enthralled by the relationship and looking towards making it a marriage. The lady, Nabbi, as some refer to her, lives in Australia and the tow have been juggling a long-distance relationship that comes with its own challenges.

Otile Brown Net worth and Assets

Walking with success stamps such as having nine of his songs ranked in Bombplay’s Kenya Top 100 Chart, Otile Brown is making a fortune from his music. His hard work pays off in terms of raking benefits and royalties from the music he uploads in various platforms such as Deezer and iTunes, concerts and album sales. Beyond music, he is an entrepreneur dealing in suits and shoes.

He is slowly establishing his personal brand and soon could be releasing an independent line. He is clearly a wealthy man, from time to time, gifting his friends and girlfriends’ vehicles and flashy gifts. He lives in a posh house, sharing photos of the same on his social media pages. Otile Brown is a Mercedes fan owning an E250 and BMW 7 series.