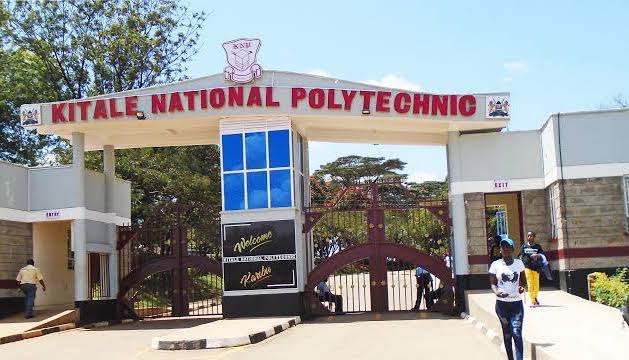 Kenya, takes pride as amongst the countries geared towards producing citizens with not only with vocational knowledge but also technical skills. In attempt to achieve this, it has endeavored to build the best technical colleges (National polytechnics). They comprise the following;

The history of Kabete dates back to 1924 when the colonial Government started it as a Native Industry Training Depot. Later it, in 1939 it was converted to a recruiting barracks for soldiers during the 2nd World war. After the 2nd World war was over it was reverted into a school for 3 years Trade courses for primary levels (former Std 8).

Later on, and the conversion to a new system of Education Kabete became a National Technical Secondary School with the purpose of admitting Std 7 pupils who excelled in their Std 7 National Exams during the 7-4-2-3 system of Education. During this time, the Institution used to admit to form I the best and outstanding performers in Std7 National Examinations from all over the Country. Logon to the Kabete National Polytechnic student portal using this link.

It also admitted students from what then used to be referred to as Grammar Secondary without technical background. These were admitted in form 3 and were expected to pursue while in that form other trade areas such as plumbing, electrical, mechanical etc. as a gateway to joining technical colleges.

The Technical College which was upgraded from Meru technical training institute in 2016 and has been in operation since 1956. The Poly was started by the Meru county council to train the youth in various practical skills. It was then known as Gitoro Technical. In 1964, the school was handed over to the regional education office and it became Meru Technical school, Offering courses of two-year duration.

In 1969 the school was elevated to a technical vocational Training school and the course duration extended to three years. In the same year, the first form one students were admitted to be prepared for KJSE (Kenya Junior Secondary School Examination) Technical at the end of two years.

Those who passed and wished to continue to form three and four were transferred to MIOME (Mombasa Institute of Muslim Education) the present-day Mombasa Polytechnic. Those who remained were for further one year before joining the labour market.

READ: How to Qualify For a USA Green Card Visa Lottery from any Country

In 1973, the school was once more promoted to a Technical secondary school and the terminal examination became East African Certificate of Education. In 1985 the secondary cycle started being phased out so that it became a Technical Training Institute in May 1986.It admitted the first artisan’s students and ACNC (Accounts clerk National Certificate) students

The College has recorded incredible growth in development of middle level training as an institution since inception. It has continually fulfilled its mandate in training young people to acquire skills and technical knowledge that are in line with the industrial growth of our country.

The rural-urban scenery of the Polytechnic has aided students to study from their homes and thus cut cost whereas the private hostels around the institution have provided affordable accommodation for our students. The Polytechnic has a unique symbolic relationship with the surrounding community, which has been supportive.

First, the good discipline among students coupled with teamwork between teaching and non-teaching staff has ensured harmony, and synergy in the Polytechnic learning environment. Second, the teaching as well as well as non-teaching staff are qualified in their own area of professional expertise, which has put the institution ahead of many others in ensuring the Polytechnic meets its core mandate Our recommendable growth owes to several factors that favour our location.

Finally, among the unique geographical location in the western region that has a number of industries that provide a huge job market for our graduates. Checkout the student portal here

Kenya Coast Polytechnic, formerly known as Mombasa Training Technical Institute was established in 1950 as a Technical High School. The Institution is located in the Coast Mombasa Town. Upon the introduction of the 8-4-4 system of education, it was elevated to a middle level technical college in 1984 to provide technical training for the middle level man power for both the private and public sectors of the economy.

The trainees in the institute are drawn from fresh secondary school leavers, graduates from other tertiary institutions, employees on part-time release basis and the informal (Jua Kali) sector. Kenya Coast National Polytechnic

The Polytechnic is situated within the Lakeside city of Kisumu about 3 km east of the city centre and is about 400 km from Nairobi, the capital city of Kenya. Strategically placed within the Great Lakes Region, and fast emerging as a regional centre for the East Africa Economic Union, Kisumu has also become as an academic city with a range of newly established and flourishing campuses of various private and public universities.

In 1988, the institution was upgraded to a Technical Training Institute. The aim was to produce practical oriented human resource, competent in application of technical skills.

In conclusion, the above outlined national polytechnics boast as top ranked in the provision of both vocational and technical courses nationally and beyond the borders. Therefore, it remains the pride of Kenya in building the country with technicians.