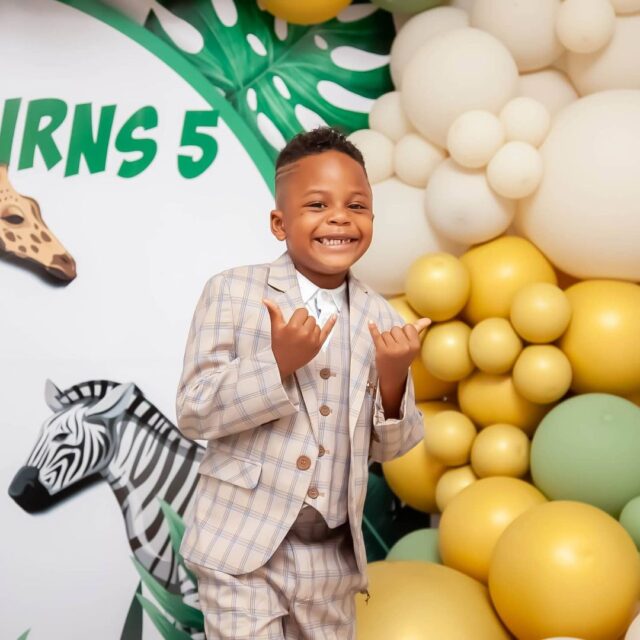 Prince Nillan is Zari Hassan’s son, whom she sired with Tanzanian ex-husband Diamond Platnumz. True to his name, he lives the life of a prince pampered with all he needs and more! This article looks into his biography highlighting his personal life and more details.

Nillan was born in 2016, a year after his elder sister Latifah Dangote. He was born on 6th December and on his fifth birthday held in the past week, his parents went all out to deliver a grand-themed party for their son.

Prince Nillan’s education status; either homeschooling or from an institution, is unknown to the public.

As young as Nillan is, his parents have already built him a career online. His Instagram page has 1.3 million followers who have become favorable numbers to run businesses on. Nillan is a brand ambassador using his platform to promote clothing brands and other businesses he works with on his page. Some of these include photographers, designers, and event planners. Currently, he along with his sister Princess Tiffah is a GSM Mall brand ambassador. GSM Mall deals in babywear and accessories.

Prince Nillan was awarded the Most Stylish Kid Celebrity Boy of the Year 2020 in the East Africa Fashion Awards 2020. The award which was contested by several other children went to Diamond’s son as he himself also bagged an award on the same day.

Nillan lives with his mother Zari Hassan and her sister Latifah Dangote in South Africa where their mother runs multiple businesses. He and his sister see their father from time to time but he is never too far from them as he is regularly seen on their social media pages.

He has step-siblings: Naseeb Abdul Junior whose mother is Kenyan Tanasha Donna, and Dylan Abdul born to Hamisa Mobetto.

In his fifth animal-park-themed birthday party, Nillan was dressed for the occasion attended by invited friends and family only. He and his sister Tiffah were seen to have a great time at the party enjoying cake and a photoshoot.