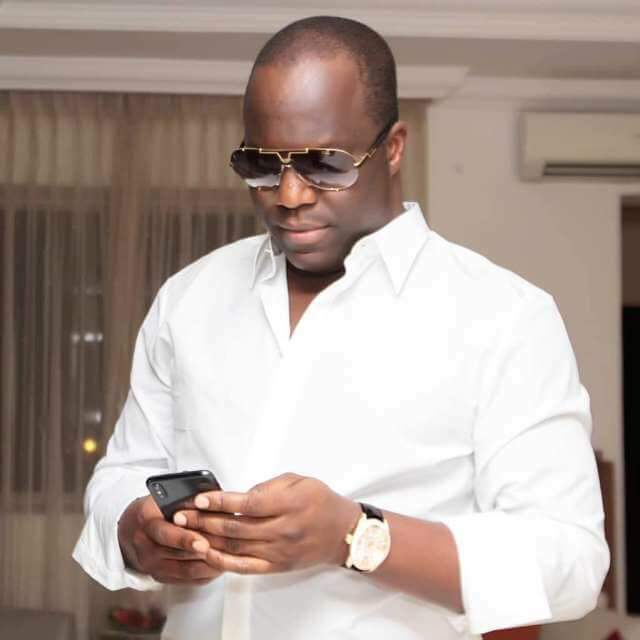 Sholaye Jeremi is a man that came into the limelight for his relationship with one of Nigeria’s most popular bloggers Linda Ikeji. The man who surfaced to the public after Ikeji made her baby’s birth announcement is the subject of this article as we look into his biography highlighting his career, background, education, and personal life details.

Sholaye was born on 5th July in the 1970s and hails from the Delta state. He would grow up in the state and attain great levels of success in his adulthood years.

Details on the entrepreneur’s educational background remain unavailable as of this article’s publication.

The businessman has been described as quiet and a dispenser of goodwill. He is a businessman who has explored the oil and gas sector attaining remarkable success levels in the industry. Despite this, he remains silent and privately tucked away from the public eye. Moreover, Sholaye Jeremi is connected with several other Nigerian billionaire tycoons who have made it big in similar industries. Jeremi has been a contractor of many major oil and gas firms in the country and across Africa.

Working with other tycoons, a notable one is Femi Otedola, an oil magnate who has been named among Nigeria’s top five wealthiest people. Otedola owns Forte oil and together with Sholaye have worked as associates closing multibillion contracts and deals in the region.

He has also worked with Aliko Dangote, Nigeria’s wealthiest man, in top business deals. After successful exploitation of the cement industry, Dangote has gone into the oil and gas industry and went into constructing a refinery in Lagos. The billion-dollar worth project has sought consultancy services from industry professionals including Sholaye Jeremi.

Ayiri Emami, the owner of A & E conglomerate which specializes in oil and gas, construction, and logistics, is a close friend to Jeremi. The two have collaborated on multiple projects together and continue to work together.

Sholaye further has established businesses in consultancy, construction, logistics, and telecommunication owning shares in various firms around the country. He has worked with big multinational companies such as Shell and Chevron as a consultant and lobbyist.

Jeremi is married to Elohor Aisen with whom he has two children based in the United Kingdom. However, he was cast into the limelight after an affair with blogger Linda resulted in the birth of a son named Jayce.