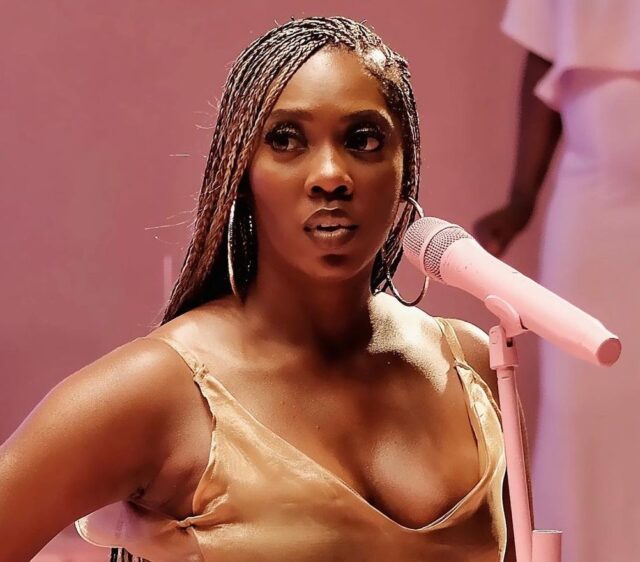 Ma Lo and Lova Lova star, Tiwa Savage is a songwriter, musical artist, and actress of Nigerian descent. She is famous globally for her indelible mark in the music scene producing hits and making legendary partnerships around the globe showcasing Nigeria and Africa to the world. This article looks into the biography of one of the greatest artists of the 21st century in the Afrobeat, RnB and pop music genres.

Tiwatope Savage hails from Lagos in the Isale Eko region where she grew up under the loving care of her parents who were relatively well-off. She was born in 1980 on the fifth of February spending her first ten years in Nigeria. She later moved to England when eleven chartering a new course for her life.

Tiwa was always interested in Music, but however had to go through other conventional education before her immersion into the art. In high school, she was in the orchestra band playing the trombone. She proceeded to the University of Kent, pursuing a Commerce program, securing employment at The Royal Bank of Scotland before going into the arts full-time. Berklee College of Music set the ground for her professional musical career on graduation in 2007.

She gained experience performing in the famous X Factor and writing for legendary artists including Fantasia, Akon and Monica – creating commendable work. She also sang as backup for several artists including Mary J. Blige.  On careful observation of the music scene back home in 2012, she saw an opportunity in the budding industry and set herself up for success in the space signing with Mavin Records. Once Upon a Time, her first album, was a project that showcased her deep artistry and intentionality in developing unique work, even involving Rihanna’s producer Oak.

R.E.D, her second album featured established artists including Star Boy, and P Square and made it to the market in 2015. It achieved amazing levels of success getting nominations for the best album in Nigeria and made history on MTN Music as the platform’s most streamed album. She went on to work on Sugarcane, an album that achieved more success and featured more artists across the country and beyond such as Maleek Berry. Her latest album Celia, began selling in 2020.

Tiwa’s career has been successful thus far as the first Nigerian musician signed with Hova’s Roc Nation, performing on global stages and winning several awards. She won African video of the year with Soundcity MVP Awards and Best Female West Africa with AFRIMA among more.

Tunji “Tee Billz” Balogun, is her ex-husband with whom she had her first and only son thus far. The two ended their marriage with each party pointing accusatory fingers at the other.

Tiwa Savage Net Worth and Assets

Tiwa Savage is a wealthy artist, being engaged in valuable endorsements and brand promotions with established brands including Pepsi and is currently valued at approximately $5,000,000.

She has further been involved in changing the lives of Nigerians empowering young women and promoting health through breast screening, and supporting schools in the country.