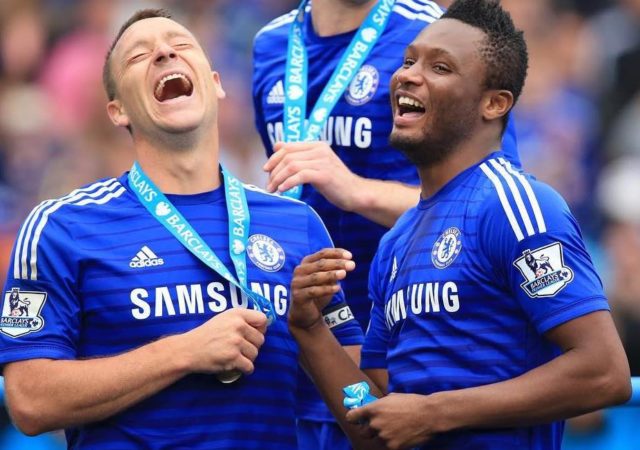 Football is not only a fun outdoor sport but also a great income earner when done excellently and in the right avenues. Football is revolutionizing the idea that only classroom earned careers can fulfill one’s financial goals and eventual financial freedom that comes with personal satisfaction and good health too. Nigeria is one of the leading African countries producing world class footballers who represent the globe effectively and proudly on the international map. Below are the top 10 highest earning and richest footballers in Nigeria.

Midfielder and captain to the Super Eagles Team is John Obi who tops the list with a net worth estimate of $57 million. On the field he has played for Chelsea and a Chinese Club. His wealth is attributed to a portfolio of real estate assets he owns in the country and abroad in the United Kingdom and a collection of head turning vehicles.

Next is Obafemi Martins who is estimated at a net worth estimate of $35 million. He has played at various football clubs including Newcastle. He is also a businessman owning hotels in Italy and partaking if endorsement contracts. He owns multiple assets including expensive rides BMW X6, Ferrari Lusso and a Lamborghini Gallardo.

Third is Odion Ighalo has a net worth estimate of $30 million. He played for Watford FC in the English Premiere League and then transferred to a leading club in China, Chang Chan Yatai where his earning increased exponentially. He owns multiple assets in the likes of mansions and expensive rides.

Following is goalkeeper Victor Enyeama who has played for the Nigerian National Team and has a net worth estimate of $28 million. He attributes his wealth to his skill and varied experience from his formative football years in Israel and upward on the ranks.

He has a net worth estimate of $20 million and attributes his wealth to his work as winger for Chelsea FC, Crystal Palace FC and the Super Eagles Senior Team. In addition, he is a businessman having several individual investments in cars, real estate and partaking in endorsement contracts.

The footballer who plays forward and left winger has an estimated net worth of $18 million. He has played for a Saudi Arabian club and the Nigerian National Team and notably performed in the 2014 World Cup. Beyond football, he is a businessman investing in assets and a luxurious car collection.

The outstanding striker who is credited for propelling the Super Eagles to attaining the AFCON trophy has a net worth estimate of $18 million. He owns a music record label, several hotels in the country and takes endorsement deals to boost his income. He owns varied assets including expensive cars.

The player has worked in both English and Asian football clubs that have propelled his wealth and now works as a contracted player not signed to a specific club or team. He is had a net worth estimate of $16 million.

The remarkable footballer who has played striker at the prestigious Manchester City and Leicester Football Clubs is a fast-rising footballer who with a net worth estimate of $4 million. He owns multiple assets including the coveted Rolls Royce and made millions from an advert where he describes his previous life before the money where he says that he could not be able to pay for his television subscription but now has fans paying to watch him on subscribed TV.

This is another fast-rising midfielder who plays for Arsenal and an estimated net worth of $4 million. He is a budding businessman owning a few assets such as a classy car collection and a mansion. Alex closes our list of our top ten richest footballers in Nigeria.