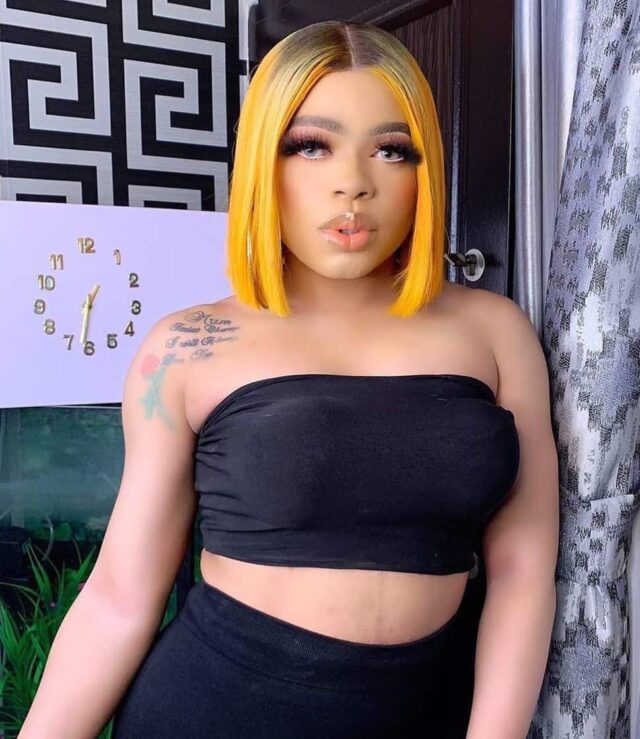 Nigerian Internet personality Okuneye Idris Olarenwaju popularly known as Bobrisky is quite the character. She has gone through quite a lot in the past four years from where she grew into fame. Despite being on controversial grounds, Bobrisky has attracted much attention and a huge following on her social media platforms especially Snapchat from where she grew into mainstream fame.

She is a transgender (formerly a man) who has done things very unprecedented in Nigeria. In Nigeria, she has a fair number of critics as well as fans. Most people in her country have taken her as a gay man whose actions and way of life are generally unacceptable. This is even in the law whereby gayism is a crime punishable by a jail sentence of 14 years.

Bobrisky Age and Place of Birth

Nigeria’s male barbie doll as self-acclaimed attended King’s College in Lagos and notably owns an Accounting Major from the University of Lagos in Nigeria. Bobrisky is clearly an educated individual who is seen as a pioneer in speaking out for the rights of the LGBTQ community in Nigeria which has retained a very conservative approach to such sensitive issues. The Snapchat star uses social media and interviews as platforms to speak and contribute to changing the LGBTQ narrative in Nigeria and to the world.

Bobrisky rose to fame in October – November 2016 on controversial grounds of sexuality issues. Netizens could not be certain as to whether to refer to her as a he or a she given her appearance. She spent a lot of resources and effort in proving that she is a she dressing in highly fashionable lady wear, high heeled shoes, jewelry and bold make up.

The Nigerian male barbie doll has confessed to undergoing surgery procedures to look as she does and even bleaching. The internet is flooded with shocking before and after photographs and videos of the bold internet personality flaunting her now feminine features. Snapchat gave her a platform to share her story and life with fans and critics alike.

Bobrisky Romantic Life, Is he Gay, is he Dating?

Bobrisky has been seen on numerous occasions online flaunting expensive gifts she says her ‘bae’ got for her. These statements raised a lot of attention considering how gayism is viewed in the country of Nigeria. She is yet to reveal to her fans whom the pupported ‘bae’ is. Nonetheless, she is said to receive much attention from the male gender and receiving expensive gifts.

Bobrisky’s networth as at the publication of this article is estimated to be at $1,000,000. The internet personality attributes much of this income from her entrepreneurial activity on Snapchat. She has been ranked before as one of the most searched individuals online by a survey conducted by Google in West Africa. The online star shares a lot on her social media pages where she has been able to do affiliate marketing and a few brand promotion stints.

The Snapchat star currently has a following of 2.6 million.