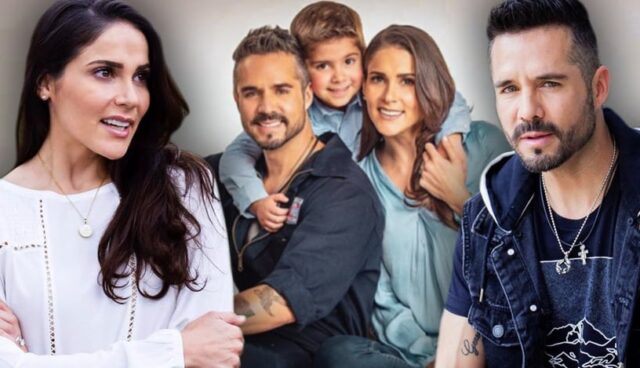 Telenovelas have recently become a famous form of entertainment all over the world. They have found a place in the hearts of many Kenyans. The demand for telenovelas has therefore skyrocketed, making local channels air them from time to time in order to keep their viewers entertained.

In Kenya, Telenovelas are aired at 11:00 am, 2:00pm, 5:00pm, 6:00pm, 8:00pm, and 11:00 pm. This timing allows many to access these shows without hindering their normal schedules. After a long day of work and exhaustion, relaxing with family while a watching a telenovela with an exceptional story is really such a joy.

Te Doy La Vida is a Spanish dubbed telenovela produced by Lucero Suarez. It is a remake of a 2016 Chilean telenovela with the same name which was created by Maria Jose Galleguillos.  It stars Jose Ron and Eva Cedeno.

This is a story of Nicolas, the adopted son of Elena Villasenor and Ernesto Rioja. The six-year-old Nicolas is diagnosed with leukemia. He requires a bone marrow transplant for his recovery. Eva and Ernesto will now search for their son’s biological father.

They find a clueless Pedro at his mechanical workshop and the whole situation is disclosed to him. He refuses to believe them and decides to take a DNA test, which turns out to be positive. This is where Pedro finds out that he had a son from a relationship years ago. Pedro agrees to be the donor, and Ernesto asks him not to interfere with the boy’s life since he already has a god life.

After getting better, curious Nicolas insists on knowing who his savior is. He finally meets Pedro, his biological father. Elena becomes attracted to Pedro, and this is where the love triangle begins.

Incredible and award-winning actors were chosen for several parts in this beautiful story. They made the events so real using their amazing talent.

At the age of six years, Leonardo Herrera has already managed to feature in two shows. He perfectly executed his character as Nicholas in Te Doy La Vida (2020). In 2018, at the age of four, he starred in Father’s sins as Lorenzo. Many expect to be seeing a lot of this youngster in future.

Edgar Jose Ron Vasquez is an exceptional 39 year old Mexican actor. He is best known for his roles in telenovelas such as La que no podia amor, Muchacha italiana, La mujer del vendaval, Jure que te amo and Ringo among others. Apart from his great talent, the actor is also loved for his beautiful look and incredible physique.

Eva Cedeno is a thirty year old spicy Latina married to Pablo Castillo. Not only is she a great actress, but also a comedian and a boxer. She perfectly executes her role as Elena Villasenor in Te Doy La Vida. Eva also took part in Mi adorable maldicion (2017), Un poquito tuyo (2019) and Por amar sin ley (2018), among others.

52 year old Jorge Salinas is a Mexican actor that has taken part in many TV series therefore leaving a great mark in the entertainment industry. Some of his work include; the lead character, Rogelio Montero Baez in La que no podia amor. Antonio Solano in “Um Poquito Tuyo”.

Jorge Salinas plays his part as Ernesto. He is a lawyer, husband to Elena, and adoptive father to Nicolas. Salinas is an impostor who took advantage of their closeness to the Rioja family, as his mother worked as a maid for them. He managed to steal the identity of a dead son of the family, and even changed his birth name, Miguel Hernandez.

Erika Buenfil is a great Mexican actress and singer. She is widely recognized for her outstanding performance in telenovelas such as; Selena, Marisol, Mar de Amor and Tormenta en el paraiso.

In Te doy la vida, Erika plays the role of Andrea, Horacio’s wife, and the adoptive grandmother to Nicolas. Andrea is mother to Gabriela Elena and Irene. She believes that Pedro only wants to get money from her family and therefore does not like him. After finding out that Horacio was cheating on her with his secretary, Andrea divorces him.

Horacio Villasenor is a businessman married to Andrea. His confession to having an affair with his secretary, Monica, cuts short his marriage to Andrea. Horacio is very fond of his grandson Nicolas. He does not hesitate to help him out when the boy is diagnosed with Leukemia.

57-year-old Omar Fierro, who currently hosts the Mexican show Quien Tiene Estrella, is a flawless actor who has inspired many. Other shows he took part in include Hijas de la luna, La Mujer de Judas, Lady Altagracia among others.

Nuria is a Mexican actress who has been active in Mexican television since the early 1980’s. She won award for best co-star actress in 1986 in the telenovela Vivir un poco. Mentir para vivir, Heridas de amor and Enamorandome de Ramon are some of the telenovelas she showed her exceptional talent.

In Te doy la vida, Nuria plays the role of Esther Salaz, Pedro’s mother, and the biological grandmother to Nicolas. Esther is excited to meet her grandson whom just found out exists and is sick. Her husband Domingo is not pleased with the situation and is therefore hesitant about meeting his grandson.

Oscar Bonfiglio Rios plays the role of Domingo Garrido, husband to Esther, and grandfather to Nicolas. Domingo did not receive the news of him having a grandson so well. He did not want anything to do with the little boy at first, but after spending some time with the sweetheart, he changes his attitude.

The stunning Danny Perea is a famous figure in the entertainment industry. Her hard work has enabled her to be nominated for several awards. She won the MTV Movie award for best actress for her role in Temporada de Patos.

Gina Lopez (Danny Perea), is Pedro’s beautiful fiancée at the time he finds out about his son. She also claims to be pregnant with Pedro’s child, but it turns out that Augustin, Pedro’s friend, is the father.

Samuel Garrido Salazar is Pedro’s younger brother. He gets employed at Elena’s company as an assistant without him knowing. He later falls in love with Elena’s sister, Gabriella.

Ramses is known for his roles in Sin miedo a la verdad, Como dice el dicho, and Me declaro culpable.

Other casting members are:

After 82 episodes of lots of drama, joy, betrayal and a rollercoaster of emotions, Te doy la vida’s finale was aired on Citizen tv on 20th July, 2020. The telenovela has a fairytale ending, where good defeats evil. This story is definitely one to talk about, with its 7.6/10 rating on IMDB.