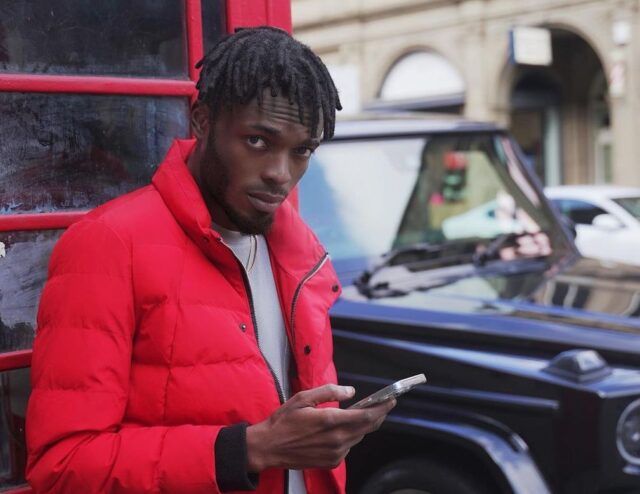 Commonly known as Fresh VDM, Bello Emmanuel Oluwashina is a renowned Nigerian record producer, singer, and songwriter. The acronym VDM is short for Very Disturbing Music. He is known as the brain behind the production of Davido’s fire hit ‘Fia’.

Fresh VDM was born on February 1, 1992, in Lome, Togo, even though he hailed from Lagos State in West Africa’s Nigeria. He was born to his pastor parents who run their own Christian Ministry, Fresh VDM spent a huge chunk of his childhood in Togo before moving to Nigeria when he was in his teens.

From a very young age, Fresh VDM got really interested in music, but mostly in the instrument part of it. This led him to join the church choir as a drummer before he moved to play the piano.

He went to a school in Togo for his primary education. Then, Fresh VDM went to a top-rated private secondary school in Lagos city where he attained his West African Secondary Certificate.

After completing his secondary school education, Fresh VDM went to Afe Babalola University, in Ado Ekiti where he pursued a degree course in Criminology.

It was during Fresh VDM’s time in university that he got really attracted to music production. After practicing for a while, he perfected his skill in music production and even started working with upcoming musicians in his school.

He then got signed at APG Records after being friends with Dremo, whom he started producing beats for. In 2016, Fresh followed Dremo when he got signed at Davido’s record label at the time which was known as DMW.

The same year, Fresh VDM produced Back to Back, which was the record label’s first release. It featured Davido, Dremo, Mayorkun, and Ichaba.

Since then, VDM has produced for some of the greatest artists including Davido, Mayorkun, Burna Boy, and Cassper Nyovest among other musicians.

He is known for producing The Best, which was a song in Davido’s album dubbed A Better Time.

At this time, Fresh VDM is not married yet. We also have no information on whether or not he has a girlfriend.

Fresh VDM’s net worth is estimated to be approximately $500,000.