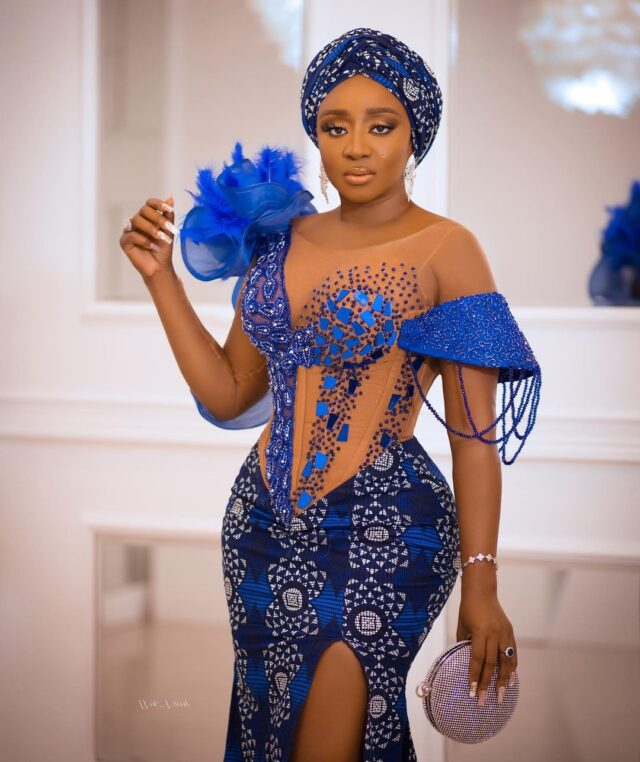 Iniobong Edo Ekim generally known as Ini Edo in the Nollywood film industry is one gorgeous fashionable talented actress from Nigeria whose name caught on in the year 2003 after the first movie “Thick Madam” in which she starred as the main character, was launched. However, she made a quantum leap in the year 2004 when she played the starring role in the movie “Worlds Apart”. Iniobong has been in the film industry for over 20 years and is known to have featured in more than 60 movies in which she was the starring role.

Iniobong’s home of origin is Akwa Ibom state specifically the Ibibio community found on the coast of Southern Nigeria. This is where she was born on the 23rd of April 1982 meaning a short while ago, she turned 39 years.

Iniobong had both her parents growing up. Her father was known to be an elder of the church while her mother, a teacher. She is the 2nd born of four siblings including herself. Their family resided in Akwa Ibom state which is where she presumably received her primary and secondary education owing to the lack of clear information regarding this. She went to Cornelis Connely college in Uyo and shortly afterward, the University of Uyo where she graduated with a diploma in Theatre Arts.

The scholar in Iniobong continued to pursue further education even after getting her diploma. She attended the University of Calabar where she was graduated with a degree in English. In the recent past, Iniobong won a scholarship that funded her law degree at the National Open University of Nigeria.

After kicking off in 2014 in the movie “Worlds Apart”, Iniobong has acted in numerous roles in more than 150 Nigerian films. She has been hardworking and exceptional at her craft that she got nominated almost every year from the time she began acting up until now. Her excellent performance has won her several awards including Best Supporting Actress in the 2014 Nafca, Best Actress-African Collaboration in the 2015 Ghana Movie Awards, and Best Actress Award in the 2018 ZAFAA Global Awards among many others.

Aside from being an actress, Ini has an activist spirit. In 2011, she participated in matters pertaining to the youth. The United Nations Habitat commissioned her as a youth ambassador along with other public figures in helping them better the lives of young people around the world.

In 2013, she was among the panel of judges overlooking the Miss Black UK Beauty Pageant, and not too long ago in 2016, she was accredited as the Special Assistant to the Akwa Ibom State Governor on Culture and Tourism.

Ini Edo Net Worth and Assets

Iniobong has made a fortune from her acting career as well as numerous endorsements deals over the years with the most striking deal being the one where she represented the GLO brand as their ambassador for 10 straight years. She signed her most recent deal in 2019 with Mr. Taxi Nigeria as their brand ambassador. The money she has made from acting and signing endorsement deals rounds up to an estimated range of $1million- $5million.