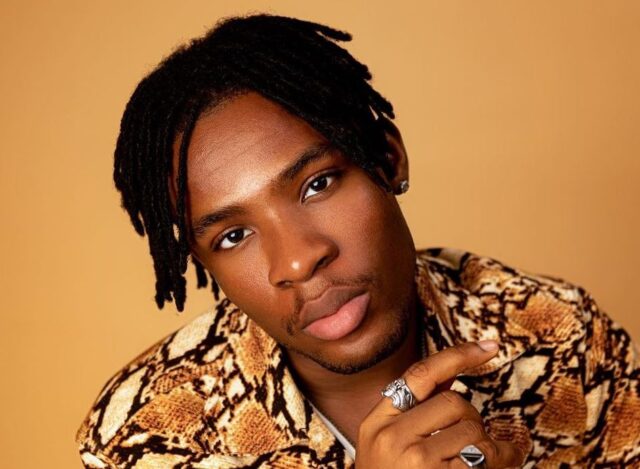 Known for his animated visualizers, the “Baby” hit maker, Joeboy has dominated the airwaves with his Afro beats songs. In this article we will explore his early life, education and career thus far.

Joeboy Age and place of birth

Joeboy’s real name is Joseph Akinwale Akinfenwa. He was in Lagos State on 21st May, 1997. He is currently 23 years old.

Joeboy is one of the youngest Nigerian artists rising quickly to stardom. But this ascension was preceded by a couple of events. He cleared his primary and high school education in Nigeria before eventually joining University of Lagos. Here, he pursued a degree in Human resource management and successfully graduated. However, Joeboy’s music career started way before he joined campus, while he was still in his teenage years.

As previously mentioned, Joeboy’s career preceded his tertiary education as he began working towards his musical career in his teenage years. He attributes his liking of music to being born in a musical family. His sibling brother was part of the church choir while his dad was proficient on the piano. By the time he was 17 years old, Joeboy had recorded his first song dubbed Gbeyesin. He has since stuck to using Afro beats in his songs and has incorporated contemporary R&B to remain relevant and evidently, unique.

Shortly after releasing this first song, Joeboy did a cover of Ed Sheeran’s Shape of You. This song garnered him a spotlight in his home country and as is everything aligned, Mr Eazi, a renowned Nigerian musician reached out with a proposal to mentor him. As a result, he seamlessly got signed under Banku Music Record Label owned by Mr Eazi. Joeboy has released a couple of songs that have afforded him even more popularity in Nigeria and in the international scene.

These songs include Baby which featured his first animated visualizer. It was so well received that it got more than 32million views on YouTube and over 21 million streams on Spotify and other music streaming sites. Other songs include Beginning, Don’t call me and All for you. His latest production released in 2021 is an album dubbed Somewhere Between Beauty and Magic which features songs like Focus and Police.

Joeboy Net worth and assets

Joeboy’s source wealth is his music which has unarguably been well received all over the world. He has also signed a couple of deals with companies like Samsung. Earlier on in his career he also received a grant that he used to release his first video. Joeboy’s net worth is around $2.9 Million Dollars as of 2021.