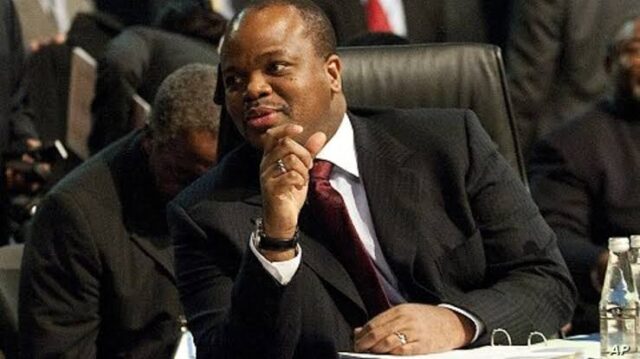 King Mswati III of the Swazi Royal Family has made headlines following an alleged flee from Eswatini due to heightened civil unrest. This article looks into the king’s biography, circumstances leading to the unrest, personal life and net worth.

He was born in 1968, and celebrated his 53rd birthday on 19th April, 2021. His parents Twala Ntombi and King Sobhuza II named him Ngwenyama Mswati III Dlamini.

He began his formative education in Swaziland and proceeded for further studies in the United Kingdom. Mswati is an alumnus of Sherborn situated in Dorset.

Prince Makhosetive took over leadership when aged eighteen after his father passed on in 1982. In 1986, he was crowned King Mswati III. He has led the monarch since then establishing a rule marked by opulence, misappropriation of public funds, and a polygamous lifestyle.

He reshuffled the kingdom’s organization and set up new systems that would not threaten his leadership. One such instance was when he signed a bill that neither banned political parties nor acknowledged their existence in Eswatini.

News came on the 29th of June 2021 that the King had fled from the kingdom after civil unrest rocked the kingdom. He allegedly fled in his private jet to an unknown location. Chaos erupted when OK Foods, the top chain store along with its subsidiaries, were burned down. Pro-democracy protests have been on the rise threatening his rule. Police force against the protestors was evident in tear gas release and live ammunition that resulted in several injuries.

The king is infamous for his marriage to over twelve wives whose lifestyles are catered for by the public. He has several children living lavishly while the Swaziland majority population struggles in poverty.