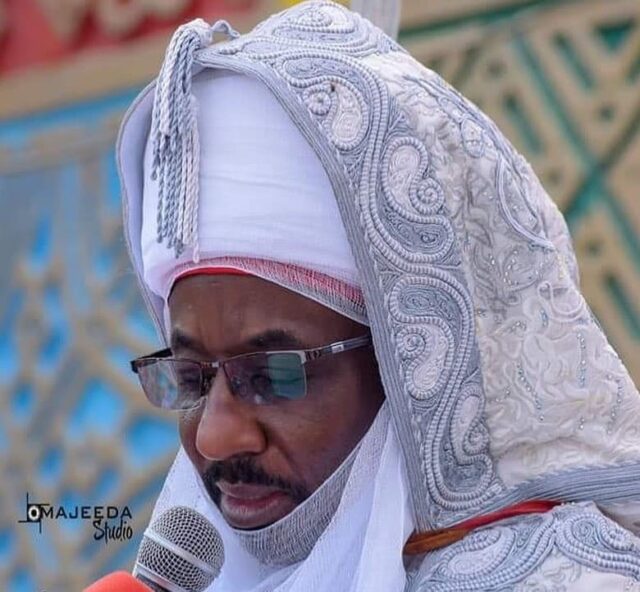 Proudly known as the 14th Emir of Kano in Nigeria, Sanusi Lamido Sanusi is a man of stature and high ranking in Nigeria. In this article we will explore his early life, education, career and net worth.

Sanusi Lamido was born into the Fulani Torobe clan and to his late father who was an ambassador and a diplomat. He was born on 31st July, 1961. He is currently 60 years old.

Popularly known as Muhammadu Sanusi II, the esteemed emir was born into a fairly affluent family. His father, Ambassador Aminu Sanusi worked as a diplomat, the Nigerian ambassador to Belgium, Canada and China. As expected, Lamido Sanusi got the best education in the land. He pursued his primary education at St Anne’s Catholic school and then did his secondary education in King’s College.

Shortly after his completion, he proceeded to do his tertiary learning at Ahmadu Bello University where he chose to study economics and later graduated. To further his education, he then moved to obtain a master’s degree still in the same university. Emir Sanusi was born with a thirst for education because he did not stop there. He was fascinated by religion and the inner happenings of it, so he pursued yet another degree in Islamic law in Khartoum, Sudan.

Mr Sanusi shortly put his economics knowledge into use as he worked tirelessly to advance in his career as an economist. With a penchant for numbers, he worked as a banker after getting enrolled as a National Youth Service Corp. His fast advancement into the corporate world can be attributed to the stature and position that his father held then.

Read: Top 10 Richest Kings in Nigeria and Their Net Worth 2021

After working for a year at NYSC, he joined the United Bank of Africa and slowly moved his way up the ladder. It was after his promotion that he moved to First bank of Nigeria and became a CEO. His skills and knowledge in the banking sector, specifically, risk management saw him being promoted into the Central bank of Nigeria governor.

Sanusi Lamido ascended to the throne as the Emir of Kano in 2014 and was crowned Emir Muhammadu Sanusi II. This saw him become the 14th Emir of Kano, a prominent position in Nigeria. However, he was dethroned on March 2020 due to political reasons. In addition to his esteemed status, he is a family man with three wives and children.

Lamido Sanusi Net worth and assets

Lamido’s net worth is greatly influenced by his upbringing and all the remarkable high paying jobs he has gotten as a banker and as an economist. His net worth is at an estimated $80 million.