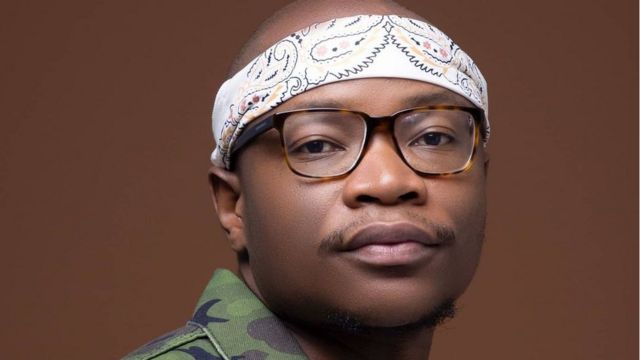 For the longest time, Nigerian Afro beats and afro-pop music have been the go-to whenever one wanted to listen to African music. However, with time, the limelight has shifted to South Africa because of the new sounds they are trying to establish, with very catchy tunes that one can dance to.

These tunes or style of music is popularly known as Amapiano. At the helm of these tunes, are a few artists who have stayed true to their craft. Master KG  (born Kgaogelo Moagi) is one of South Africa’s proud products having brought the country and the continent onto the limelight in the music world. Master KG is a renown deejay, musician and record producer based in South Africa.

Today we will highlight the life and his work as one of the musicians blowing up the sound waves in South Africa and the rest of the world.

Master KG was born in Limpopo, South Africa as Kgaogelo Moagi. He was born in a humble background and was always determined to make his life better and different for himself. He was born on the 31st of January in 1996. Information on his parents and siblings is unavailable as at the time of this article’s publication.

Music is a great way to connect with people across the world. The creation and distribution of it is another whole different world that requires loads of work. Master KG’s life is one that revolves around doing this kind of work and he started in his tender years. As a child, he got a gift from his uncle who unfortunately passed on. The gift was a computer which he used to start learning a few things.

While most kids would use computers to play games or to do other things that would be deemed as leisurely, Master KG started lending how to create beats. For a teenager of the age of thirteen, he started working on his craft in his formative years and this was important for his later career. He also got a decent education alongside his interests to complement all that he wanted to do. It goes without saying that he had otherwise very supportive parents who saw him start his craft from a tender age.

From the village boy who grew up in Limpopo, great things were ahead of him and he did not know what extent his achievements would go. He started off officially in 2016 where he released his first piece of art. Before that he worked with other DJs who introduced him to equipment that was to be used in the craft.

He was not all clueless. While he is currently known for his Jerusalema hit that traversed the whole world, a lot of work went into it before he became a star. Since then, he has worked with great artists like Burna Boy and David Guetta.

Not much is known about his personal life. However, he was in a relationship with one Makhadzi but they went separate ways in 2020. Master KG identifies as a producer, singer, and DJ.

Master KG Net worth and Assets

Master KG’s net worth is yet to be clearly established though it is estimated to range about $150,000. He owns a broad asset portfolio including a luxurious house in Midrand and a collection of Audi and Volkswagen cars.