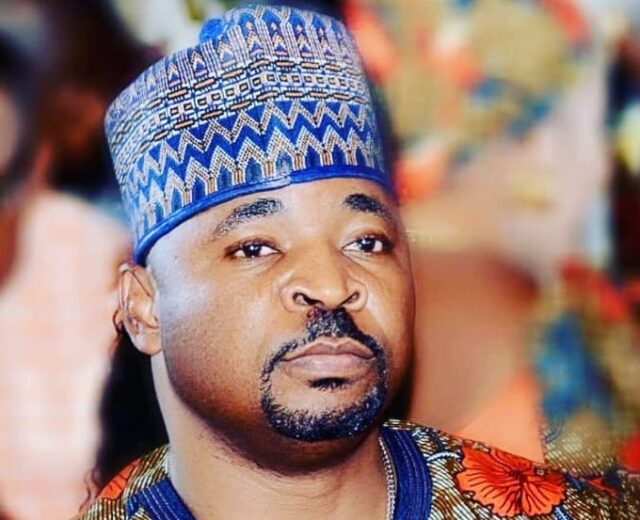 MC Oluomo (born Ayinde Musilu Akinsanya), The Richest Agbero, as many refer to him is a wealthy man of lavish and extravagant ways. He is one of Nigeria’s prominent citizens who often makes it to the limelight following his actions and behaviors. His background, personal life and career journey are highlighted below in his biography.

MC Oluomo was born to his parents, Baba Akinsanya and Zinat Abebi Alhaja on 14th March in 1975. He was born into a large polygamous family in Oshodi, Lagos. His father, a prominent man in the region, had numerous wives and children, an acceptable practice among the Muslims. His late parents gave him the name Ayinde Musilu Akinsanya and later adopted Oluomo as he grew older.

Oluomo is best known for his position at the National Union of Road Transport Workers in Lagos where he serves as the chairman of the body. His appointment into the chairperson’s office was momentarily riddled with chaos from the other members. Before chairmanship, Oluomo had put in a number of years in the NURTW branch in Oshodi where he had been the appointed treasurer and later took the top seat as the chair of the branch. He has also published a book titled “My Service to Humanity” which basically talks about his life as he serves humanity.

He lives a high-end type of life enjoying his riches. He is often spotted among other wealthy Nigerians in extravagant parties and entertainment joints. He also dresses in expensive clothes, backed with luxurious vehicles and notable accessories.

He has three wives, Alhaja Adunni, Temitope Adunni and Ajoke Aisha all of whom live harmoniously though in separate houses. With them, he has sired nine children.  The wealthy Oluomo lavishes them with his money and properties.

Besides his wives, he has been in relationships with other women including Odueke Tayo and most recently been rumored to be dating millionaire entrepreneur, Ehizogie Ogbebor. The two have been seen together on numerous occasions with their photos together having suggestive comments.

Mc Oluomo Net Worth, Assets and Source of Wealth

MC Oluomo is approximated to be worth $1.2 million and owns several pieces of land, vehicles, houses and investments across Nigeria.