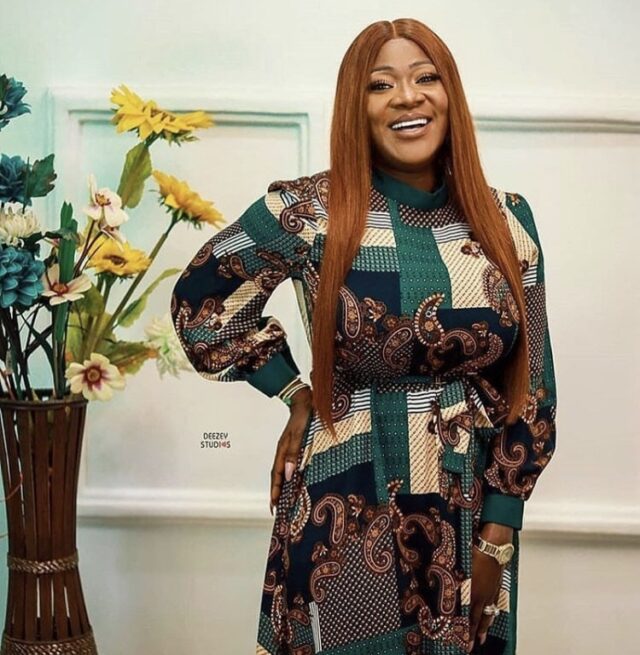 Mercy Johnson Okojie is a Nollywood actress known to many fans around the globe. The actress has been in the industry for several years and has grown in skill and fame. This article looks into her biography highlighting her background, career journey, and personal life details.

The Nigerian actress was born on 28th August 1984 in Okene, Kogi State Nigeria. Her parents – Daniel Jackson and mother Elizabeth Jackson have seven children in total with Mercy being the family’s fourth born child.

After high school, she enrolled for an audition to play in The Maid which opened up the path for her to act in more movies including War in the Palace, Baby Oku in America, and Hustlers. Her talent and expertise on screen won her the Best Supporting Actress at the 2009 African Movie Award Ceremony.

This was the beginning of many awards and recognitions. Notably, in 2011 and 2012, she was identified as Google’s most searched Nigerian celebrity. Her acting career has seen her feature in more than 100 productions and films including Dumebi the Dirty Girl and Hustlers.

Moreover, her career journey has seen her be appointed as the Entertainment, Arts, and Culture senior special assistant to the Kogi State governor from 1st April 2017. Beyond this, she has worked in endorsement deals with companies including Hollandia Evaporated Milk, which is Chi Limited’s Prime brand. Mercy Jackson has also worked with Pennek Nigeria Limited, a Lagos-based real estate investment company.

The phenomenal actress is married to Prince Odianosen Okojie and since their union in 2011 have been blessed with four children..

She is no doubt a billionaire and with that has built an enormous net worth and accumulated property and material wealth. Mecy lives in a palatial mansion in Thomas Estate, Ajah fitted with facilities including a gym, swimming pool, six bedrooms, a bar, and a terrace. She additionally owns a car collection to be admired including a high-performance Range Rover Sport 2013 model gifted by her husband and had its plate number customized to read ODI WIFE.

Her net worth is estimated to be around $5 million