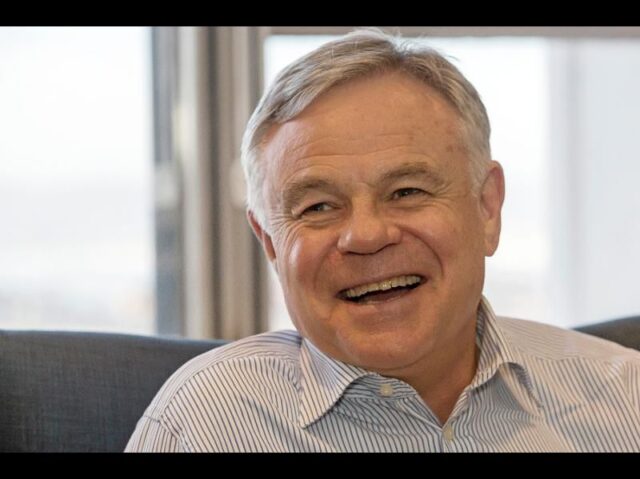 Michiel Le Roux, a South African banker is a billionaire who attributes his wealth to a successful career incorporated with entrepreneurship that has set him among the country’s wealthiest individuals. This article looks into his biography highlighting his career journey, personal life details, and educational background.

Michiel was a law student in Stellenbosch, where he pursued an LLB degree to completion. He however would never practice it stating that he perceived it to be a boring venture.

In the 1990s, he joined Distillers Corp for several years before he ventured into the entrepreneurial journey as a banker. With the support of Pep Stores director Christio Wiese, he was able to start his venture. He also managed Boland Bank for four years building his management capacity as this was a regional bank that would, later on, merge with NBS, BoE Holdings Limited, Nedcor, and Ned Bank.

Michiel Le Roux founded the Capitec Bank on 1st March 2001, a bank that would revive the South African banking industry. The bank was listed on the Johannesburg Stock Exchange (JSE) on 18th February 2002 that serves the middle class in South Africa. It is focused on easing customer life and empowering them to take charge of their monetary wellbeing. It gives clients the Global One account, an account that allows for transactions, credit services, and savings in one account.

The transactions at the bank are offered at a low cost and at the same time offer the highest interest rates on deposits. It is no doubt that it has more than 10 million active clients with more than 800 branches served by 13000 plus staff and has 19 Million shareholders’ funds. It was named the world’s best bank by the international banking Advisory Group Lafferty inaugural 2016 Bank Quality Rankings.

Michiel Le Roux has been a member of several organizations, societies and companies over his career journey. These include Distillers Corp and Boland Bank as MD,  BoE (Pty) Ltd and  NBS Boland Group Ltd as CEO, Capital Alliance Holdings Limited as Founder, CEO, Non-Executive Chair and Director, and also served in Zeder Investments and Stellenbosch University’s board of director.

As a successful entrepreneur, Michiel Le Roux shares some of his tips and philosophies as follows:

“Starting a business in good times is always very dangerous because you will think business is easy when the wind is blowing from behind and the sailing is smooth. When you start with the wind blowing from ahead, then you know business is tough and you grow,”

“At Capitec, they take simple things seriously. No suits, the CEO’s office is the same size as everyone else’s; the CEO shares a personal assistant, no personalized parking spots, even the guard at the gate calls him Michiel, while the receptionist jokes freely about his sense of style – or lack thereof.”