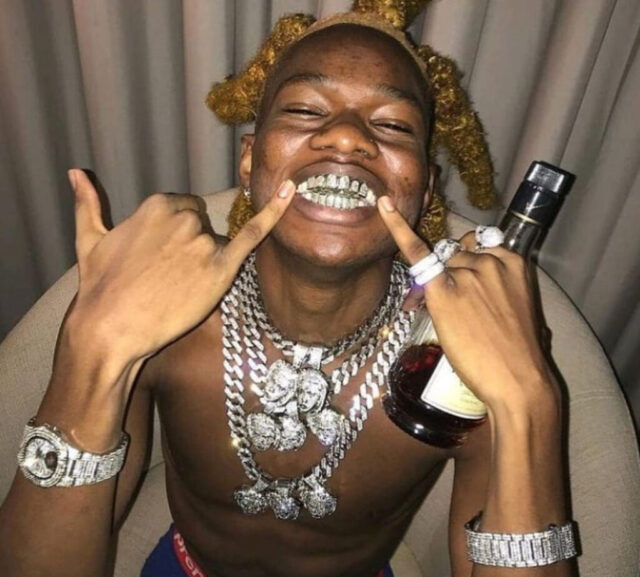 NBA Geeboy whose real name is Joshua Balogun is a disputable upcoming teenage rapper who comes from Nigeria. Balogun attracted attention to himself and became famous by calling out David Adeleke popularly known as Davido, a prominently known music artist from Nigeria. He claimed that Davido was stealing his slang and his swag and Davido eventually caved in and responded to the claims. This drew a lot of attention to Joshua. This is how he became an internet sensation at the start of 2020.

Joshua Balogun was born in Lagos, Nigeria in 2002 on the 4th of March. He turned 19 years earlier this year and is the youngest famous rapper in Nigeria.

There is no information detailing where exactly Balogun was born, whether he has siblings, and who his parents are. Balogun attended primary and secondary to completion. He joined high school but dropped out before graduating. He claims to be living in Atlanta, Georgia in the United States of America but it is rumored that he has lived in Nigeria all his life.

Balogun uses his nickname NBA Geeboy which stands for Never Broke Again which is his dictum that demonstrates his ambition to be wealthy and to live a flourishing luxurious life. On Instagram, he posts pictures of bundles of money, stacked, spread, and even one time he flushed money down the toilet.

After pulling the stunt on the popularly known artists, Davido and Rema, on social media, he released a few songs including, “On Gaaad, B.O.A and Add Magi” that caught wildfire and made waves on the internet, specifically on his Instagram page.

He releases new music every other day on audio Mack and his Instagram page.

NBA Geeboy Net Worth and Assets

Joshua is a self-declared millionaire who consistently flaunts his money on social media. The amount of money that is his net worth is unverifiable. Only he knows how much his net worth is. As of now, he is said to have accumulated a net worth of $150,000 which may or may not be what his music career earns him. Many people suspect that he uses fraudulent means to acquire his money because of pictures and videos of social security cards and identification cards of different people on his Instagram stories.