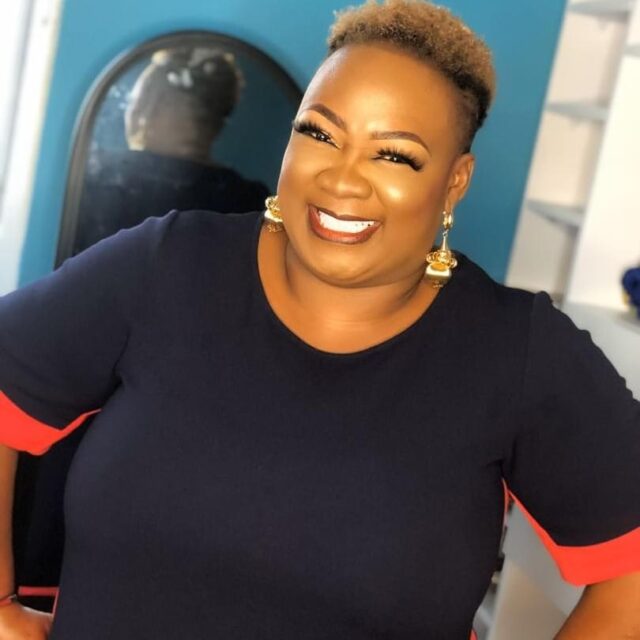 Damilola Adekoya, also known as Princess Comedian on the media, is a thriving public figure in the Nigerian entertainment industry known for her dexterity in acting, brand influencing, and cracking hilarious jokes through the skits she shares on her Instagram page.

Princess Comedian’s presence in the Nigerian entertainment scene became known after she participated in a film titled “Half human, Half animal” when she was still a child at age six. Her popularity and fame were launched at a very tender age and since then she has gradually grown into the fortuitous actress and comedian that she is today.

Damilola is a gorgeous woman of the Yoruba tribe whose home of origin is located in Ogun State, Nigeria. Although the exact year of her birth is unknown to the public, Damilola is speculated to have been born during the 1970s on the 8th day of May. Alluding to that information, Princess Comedian is currently in her late 40s.

Damilola was born to both her parents in the 1970s and has spent a major part of her childhood growing in Ogun state before moving to Lagos in pursuit of greener pastures. She schooled at Our Lady of Apostles School situated in Ijebu Ode in Ogun state from where she obtained her First School Leaving and West African School Certificates.

Later on, she proceeded to obtain her graduate degree from a higher institution of learning called Federal Polytechnic in Ilaro also located in Ogun. Damilola’s dedication to attaining higher education led her to pursue another undergraduate degree in education specifically counseling and applied psychology at the University of Lagos.

Unlike the majority of the actors and actresses in the Nigerian entertainment industry, Damilola’s journey into the scene was not the usual. She received her first role at the very young age of six while she was just a child. This first role she played in the successfully launched movie “Half human, Half animal” laid a much smoother path for her to pursue her career in acting.

Kayode Peter, a well-known actor and film producer, took her up soon after she completed her studies in the Federal Polytechnic and offered her roles that spearheaded her career as an adult in the industry.

Aside from her acting career, Princess Comedian is loved by her social media family for the comedy skits she shares on her Instagram page.

Damilola has played roles in hit movies and series over time including, Super Story, Flat Mates, Armageddon, Private Lies, Mama, and Sheep among many other numerous films.

Damilola’s expertise in acting, comedy, and business has enabled her to accumulate an estimated net worth of approximately $800,000.