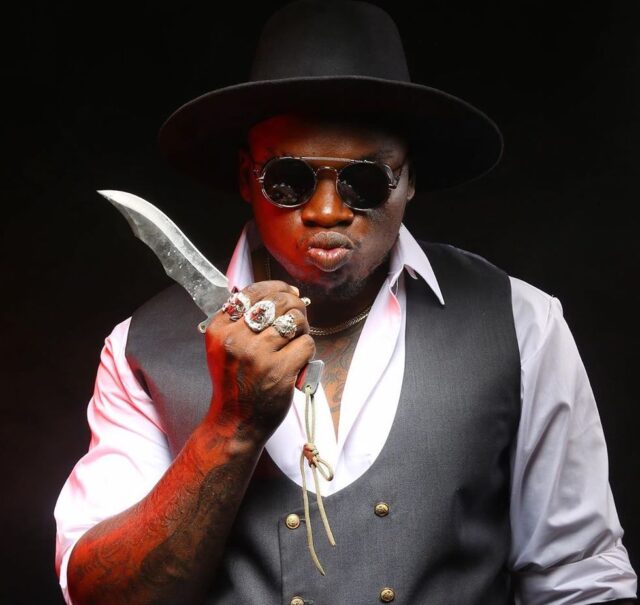 Many Kenyan celebrities are known for their ability to cause scenes and gather up a good load of attention on themselves. These celebrities arise from several industries including the Music industry, Social Media, Politics and the Entertainment industry. In this article we look at the most controversial Kenyan celebrities and the drama that unfolds every now and then in their lives.

The gospel singer Bahati has come to the faces of Kenyans most recently in his marriage which has been the cause of a lot of social media stir. He stars in a reality show following his life with his wife and their family. The singer has faced a lot of heat following the nature of his marriage with his wife being older than he is. Controversy is not new to the singer as all his actions are constantly under the speculating and eagle eyes of the fans who know no mercy when it comes to bashing.

Nairobi governor Mike Mbuvi Sonko makes the list being constantly in the media’s eye as one of the most controversial Kenyan celebrities. His actions are all watched and there is nothing short of a story when it comes to Sonko’s life. He is faced by several turbulences attributed to his way and style of running the city which many people consider to be inadequate.

Sonko has also been in the public eye’s scrutiny following his alleged corrupt practices and the abuse of power as governor which led to his suspension following an official arrest in Voi. The resulting consequences of his dramatic acts and at times sharp tongue make him a hot spot for controversy.

Kiss FM morning show radio presenter and video vixen Kamene Goro makes the list being one of the most controversial celebrities in the country. Her strong opinionated approach to issues has caused her both fame and a spotlight for drama. She commands a huge following on social media and is a strong-willed lady who speaks her mind as is. Following her appearance in Ethic’s video, the radio presenter has been on the internet’s radar.

Tanasha Barbieri Donna, half cast Luo by birth makes the list at position 7. The former radio presenter is now into creating and producing music and modeling. Her relationship with actor Nick Mutuma a few years ago and her modeling brought her onto the stage from where she has grown across several phases of life.

The now mother of one falls into controversy especially in linking her with her ex, Tanzanian singer, Diamond Platinumz with whom she had her son, Naseem Junior. She broke off the relationship calling him a narcissistic person despite successful collaborations in the past.

One of the most controversial male celebrities in the country for a long time has been Willy Paul who has faced several criticisms and judgements based especially on his music. The former gospel singer did not gain a very favorable fan base for his gospel music in later years following his initial successes with productions in collaboration with well-known artists. His music received a lot of negative feedback and comments from viewers urging him to move into secular music as he could no longer be identified as a gospel artist.

Esther Akoth born in Migori makes it to the list of the top 10 most controversial celebrities in Kenya following her higher than life life and very bold steps in her expression especially to the public. The mother of five is known for her skimpy dressing in music videos and at times in the public and her sharp tongue. She is not one to shy away nor back down from an argument especially in standing up for herself and her children.

She has received backlash from several internet users for having several baby daddies and apparently not being a good example. Akothee is a strong-willed individual who takes all within her stride and involves herself in securing her bag and giving back to the community seeing in her children feeding initiatives in Turkana. She is the owner of Akothee Safaris which is a tour company and invests in real estate business.

Entrepreneur and video vixen Vera Sidika makes the list being a very controversial individual and a source of much drama on the internet. Most of this is attributed to her past relationships which she openly speaks about and at times with much damage to her former partner, and most of all, her physical appearance. She is said to have undergone a lot of surgical procedures to look as she does and several before and after pictures on social media are drastic. She is also known to have caused a stir on social media following her skin bleaching and subsequent ‘unbleaching’ which still leaves alot of questions to netizens.

Entrepreneur Huddah Monroe is also not spared; she also makes it to our listing of the most controversial Kenyan celebrities. She has lived in the public’s eye for a while and knows her way around such dramatic happenings. The owner of Huddah cosmetics has received backlash from social media users regarding to her constant near naked exposure. Her stand on political issues has also been a cause of drama in the past and her relationships. She is said to have nudes leaked in the internet which also attract a lot of not so positive attention.

The 31-year-old former KTN news presenter and now K24 presenter has also been seen to fall in the internet’s drama waves. She has fallen into the heat of controversy especially due to her short marriage to Denis Okari and her apparent drinking. The TV personality has always come up strong saying that she does not need to be anyone’s role model and that she has the right to enjoy life. The mother of one has had a rough time and great time alike in the face of Kenyan media.

Popular to fans as Papa Jones, the Hip Hop artist makes the top position on the list of most controversial Kenyan celebrities. This we can attribute to his dramatic relationships in the past and apparently, his physical appearance. He was claimed to have bleached his skin and is said to receive a lot of criticism based on his American accent which he says he does not fake. The OG handles all within stride at times addressing the same in his songs as art.